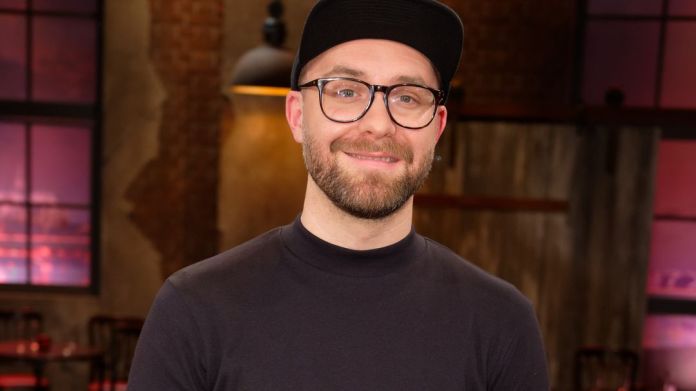 Berlin. In his new song, Mark Forster asks where you can weigh elephants. Where do french fries grow? And do fish talk to each other? “I ask the mouse” he sings in the chorus. “And I know she’ll find out for me.” Not exactly the usual Forster poetry. With the mouse, the pop musician (38) naturally means the orange-brown ARD rodent. He sang an anniversary song for “Sendung mit der Maus” – and it also echoes the classic “Maus” television tune.

And is surprised that there are so many children among his fans. “Of course I am the last to know why that is. I don’t have a plan and I don’t have the feeling that I deal with children’s issues in my songs, ”said Forster.

But over the past few years he has found that songs like “Choirs” or “194 Lands” are also loved and sung along by children. “When I think back, the most blatant songs were always celebrated by children. You can turn on a Beatles record: ‘Ob-La-Di, Ob-La-Da’, ‘Yellow Submarine’ or ‘Let It Be’ are loved by children. So I’m very proud and happy about it, ”the musician continued.

The song “Ich ask die Maus” is the official song for the 50th anniversary of the WDR broadcast. With this Forster will appear this Saturday (March 6th) at the birthday show in the first (8:15 p.m.).

The mouse’s birthday program will then be broadcast on Sunday (March / March, 9 a.m. on Erste, 11.30 a.m. on KiKA). Mark Forster, who was born in Kaiserslautern, celebrated his breakthrough in 2012 with the album “Karton” and the singles “Auf dem Weg” and “Zu dir (weit weg)”. His first number one hit in Germany in autumn 2015 was the single “Voice”.

The first flight on Mars? An ingenious helicopter prepares for...

Virologist is already talking about the next corona measures – politics

Bloodstained: Ritual of the Night’s Miriam joins Blasphemous in a free...