The IMF expects the global economy to recover more strongly. But it runs at two speeds. Asia and above all China are nimble, where digitization is being used consistently and the domestic economy is being further developed. And while the US is coupling vaccine dynamics with generous fiscal policy, a slow Europe is characterized by lockdowns in what appears to be an endless loop, vaccine shortage management and reform backlogs. By Robert Halver

The neuralgic point for economic easing options is how quickly and extensively vaccination capacities are expanded. While the number of new infections in the USA is clearly on the decline due to rigorous vaccination, Germany is struggling with a lack of vaccines in the third wave of infections.

The quality of politics shows itself in the crisis. It takes revenge that vaccine procurement has been criminally neglected. In addition, the loss of confidence in the AstraZeneca vaccine after the stop-and-go is reflected in slower vaccination progress. Israel and Britain, on the other hand, are providing blueprints for ending lockdowns completely. And in the USA the production of vaccines is accelerating so massively that the vaccination rate, which is already sporty, will even increase with around 2.5 million vaccinations per day.

Even the foreign exchange futures markets are expressing their distrust of the euro zone and are betting on a further devaluation of the euro against the US dollar.

Light at the end of the European corona tunnel

The federal government’s corona emergency brake with grueling lockdown extensions at least until April 18 has prevented significant improvement trends in the consumer climate so far. Further government stimulus aid has a supportive effect. In the next year, a further 81.5 billion euros in new debt is to be added. But they are not an alternative to reopening the economy, especially since many campaigns are piecemeal without an overall concept. Only from summer onwards can we expect a clear brightening of the GfK consumer confidence and the propensity to buy in the course of a gradually improving vaccine supply.

At the same time, a weaker euro again ensures growing confidence in foreign trade in the industry. The old economy is also picking up speed on the profit side.

US consumption is fueled by “helicopter money” in the form of consumer checks and extended unemployment benefits. But that’s not all: US Treasury Secretary Yellen is already outlining further government spending. She is working flat out on her “Build Back Better” stimulus package with generous investments of up to three trillion. Dollars in infrastructure and climate protection over the coming years. Overall, with “shots in the arms and money in the pockets”, the US economy is in high spirits. While America will grow by 6.5 percent in 2021, Germany is well behind with around 3 percent.

In the economic recovery program, financial policy meets the most open ears. In front of the US Congress, Fed Chairman Powell praised an ultra-loose monetary policy for a long time. The Fed will not become a falconry that is damaging the economy, but will remain a business-friendly dovecote.

Despite interest rate irritations, the emerging markets remain on course

With restraint in interest rate policy, the Fed wants to prevent a rapid continuation of the dollar’s strength and, in this respect, a massive capital withdrawal from the emerging countries with real and financial damage as from 2018.

The comparatively stable emerging market currencies against the US dollar actually do not signal the beginning of a currency crisis. The emerging countries are now armed against the contagion effects of the Turkish lira, which is currently flaring up again, which were typical in the past.

Because despite the resurgence of the corona virus, as in Brazil and India, there are no lasting disruptions in production and supply chains. In China, the CP is reducing its economic aid in view of the corona dent that has been overcome. To compensate for this, however, it is again focusing on strengthening domestic demand. Fears of a “hard landing” by China, which would take the emerging economies of Asia hostage, are inappropriate. Not least because Asia is having an increasingly important say in digitization, its share in global value creation will not shrink for the benefit of profit growth and long-term stable stock markets.

However, the imaginary fear of interest rates and thus the fear of currency devaluation persist like a cliché. Intermittent price susceptibility is to be expected. But there will be no talk of the Asia crisis 2.0.

In comparison, Asia is preferable to Latin America. Innovation prevails over abundance of raw materials.

Market situation – Ongoing change of favorites on the stock market

In principle, the stock markets are not threatened by interest rate disruptions. Indeed, the US bond market has eased. In general, interest rate markets do not become more attractive than equity markets if slightly rising nominal yields are offset, if not overcompensated, by rising inflation rates.

The US middle class index Russell 2000 had recently lost some of its relative strength. Although Biden’s new economic stimulus programs are particularly beneficial to him, the plans recently confirmed by US Treasury Secretary Yellen to raise corporate taxes to a presumed 28 percent from the previous 21 percent are primarily affecting American medium-sized companies, which are unable to optimize international taxes. But the tax plans in Congress are likely to be weakened. In any case, the pre-tax disadvantage will outweigh the net economic situation. Overall, the Russell 2000 remains a flagship index.

With a view to the global economic acceleration, the cyclical stocks from Europe and especially Germany offer alternatives to the US and Asian technology stocks. Old Economy is back.

The industry focus is on the automotive sector, industry and raw materials, travel and leisure stocks – as future ex-Corona losers – and banks.

Value won against Growth, but not as a knockout, but as a round win. Digitization is not over.

Sentiment and chart technique DAX – Neither fish nor meat, but certainly not tasteless

It is true that investor sentiment in the US indicates a very positive attitude. The optimists are very clearly in the majority.

This speaks in favor of temporary setbacks, which are also being nourished by the closure of the Suez Canal, through which 12 percent of world trade is transported. However, due to the general global economic recovery and monetary policy calming pills, these will only be brief and moderate.

And the fact that CNN Money’s Fear & Greed Index, as a contra-indicator, has even fallen well into the “fear” category, suggests anything but a big sell-off.

Likewise, the Bank of America Merrill Lynch’s Market Risk Indicator shows no overheating. It measures expectations on the futures markets with regard to price fluctuations on the global equity, currency and commodity markets. For values ​​above zero, it indicates increasing market risks and for values ​​below that, it indicates risk relaxation. From its peak during the Corona crisis at a value of around three, it has currently receded massively to just below zero.

Legal information / disclaimer and principles for dealing with conflicts of interest of Baader Bank AG: https://www.roberthalver.de/Newsletter-Disclaimer-725

Pixelart style 2D action RPG will be released on PC on... 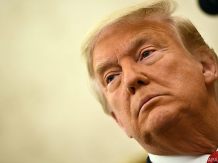