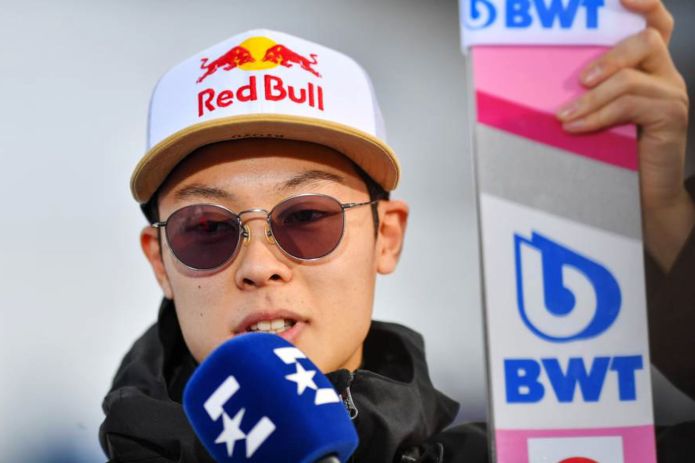 At the beginning of the long final weekend of the World Cup season, Ryoyu Kobayashi wins the qualification for ski flying in Planica. Markus Eisenbichler is also strong, finishing second just behind the Japanese.

With a flight to 229 meters, Ryoyu Kobayashi secured victory in the qualification for the first of three individual competitions in Planica, Slovenia. The Japanese scored a total of 249.7 points on the famous Letalnica ski jumping hill and thus prevailed against Markus Eisenbichler, who also achieved a strong 227.5 meters (248.5 pts). Third place went to the Slovenian local hero Bor Pavlovcic with 232.5 meters and 245.8 points.

In addition to Eisenbichler, who had already shown himself strong in the two training rounds, Karl Geiger was also able to get involved in the front. The Oberstdorf resident, who was crowned ski flying world champion on the “Letalnica” in December, finished fourth behind Pavlovcic with 224.5 meters.

Severin Freund found it difficult to qualify, of all things, after doing some good training jumps. With 194.5 meters, the former ski flying world champion did not get past 45th place and will miss the competition on Thursday as well as teammate Martin Hamann (41st).

There was a big question mark in the run-up to Halvor Egner Granerud. The Norwegian, who already has the overall World Cup safely in his pocket, did not get past 28th place after two weeks of quarantine due to his infection with the corona virus with 203.5 meters.

The best Norwegian that day was Johann Andre Forfang, who came in eighth behind the two Poles Andrzej Stekala (5th) and Dawid Kubacki (6th) and the Slovenian Anze Lanisek (7th).

The Austrians, who presented themselves strongly in training, also left room for improvement. After winning the two training rounds, Michael Hayböck finished ninth as the best jumper in the Alpine republic, tied with Japanese Naoki Nakamura.

The first of three individual competitions this weekend will take place on Thursday. The trial run starts at 2 p.m., at 3 p.m. (all live at skispringen.com) the first round then follows.

Turning away from Trump: “I’m ashamed of his narcissism”

Jerez-Test, Tuesday: Aegerter with the best time of the day /...

These online shops will get new consoles before Christmas

Chaos in Zurich’s public transport system – “Such an amount of...