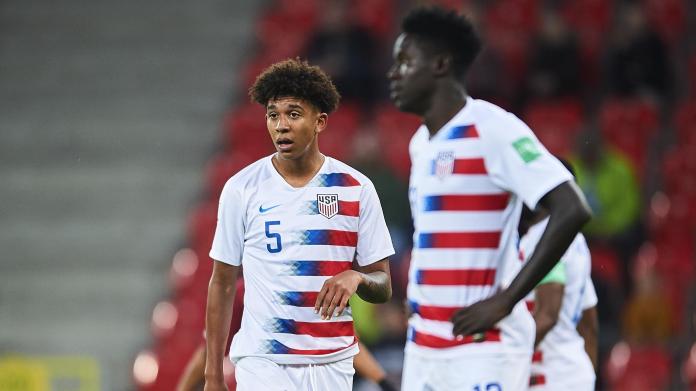 It’s still a rather strange hobby.

When a boy from Alabama grabs the round play device and does not throw it into the basket, but aims at a goal, his friends continue to look skeptical at first. Football remains a marginal sport in the USA.

But not only Chris Richards, whose father says he has never seen a soccer game, got a passion for the sport at some point.

Suddenly there is a luxury problem: DFB team demonstrates strength

Now the 20-year-old plays in a top European league and has a professional contract with a world club. The defender is currently loaned out to TSG Hoffenheim to gain match practice. But if Richards prevails in the long term at Bayern, he will be a fixture in the mission that the US association has proclaimed: winning the 2026 World Cup in his own country.

The states will host the tournament together with Canada and Mexico.

“I can definitely confirm that Americans have little use for football,” said Richards recently in the Guardian.

Minds are changing, however. In contrast to the men, the women’s national team has a high standing with a lot of airtime on TV. If it is successful, as is currently the case, the hype radiates. In addition, those responsible are working, supported by multi-million dollar investments, to bring their talents to large clubs. And the concept seems to be working.

Talents flood from the USA to the Bundesliga

Richards is just a “crack” who made it to Europe. Of course, there is also Giovanni Reyna at Borussia Dortmund, Tyler Adams (RB Leipzig), Josh Sargent (Werder Bremen) and Matthew Hoppe at Schalke 04, in whose engagement FC Bayern is also interested, according to media reports.

In Italy, Weston McKennie made his breakthrough at Juventus, Christian Pulisic is a top performer under Thomas Tuchel at Chelsea.

Apart from Steffen (25 years old), these players range in age from 18 to 23 years. Well-tempered and experienced in top leagues, they will be in their prime footballing age in five years.

“We basically want to win every game, but the prospect of playing the World Cup in our country in 2026 gives us extra motivation,” emphasizes Richards. “We want to make history and win the title.”

Pulisic is considered a prime example

With Richards and Hoppe, will there be two Bayern stars for the USA?

It would be possible and in general it is no coincidence that many US talents are striving for the Bundesliga. The way from Pulisic via BVB to Chelsea is a role model for many. All gates are open to anyone who makes it in Germany. Another relief is that it is easier for youngsters in Germany to get a work permit than in other countries.

Former US coach Jürgen Klinsmann said on “ESPN”: “It’s not complicated, the coaches are straightforward. If a boy internalizes that it’s all about performance and that he will get the chance, the Bundesliga is the place to be . ”

Hoppe confirms this: “You have to sacrifice a lot to play here. I learned a lot, improved my technique, my tactical skills, my mental strength and physique.” His star rose when Vedad Ibisevic was suspended and Goncalo Pacienca was seriously injured. Suddenly Hoppe was the number one striker at the crisis club.

Bavaria is already cooperating with Dallas

It is also no coincidence that FC Bayern has started a cooperation with FC Dallas. Six talented Texans train on the Bayern campus. Perhaps other top clubs will follow suit with such a concept.

With Richards it worked so far. After joining FCB in 2018, he even played the Champions League. In the back of his mind he has to make it at Bayern. And of course the “Mission 2026”. If the USA plays a major role in the World Cup, the people there can no longer ignore football.

“It wasn’t easy when Tuchel came”: Pulisic with frank words

“Who steals the show from me?”: Gottschalk horrifies Joko – “Broken...

Austria’s U20s in the concert of the greats overwhelmed

Coronavirus in Switzerland: Brazilian mutation appeared in a hospital in the... 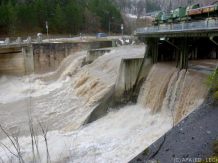 Europe’s rivers are divided by more than a million obstacles –...

“Camp of Shame” dissolved in the Canaries