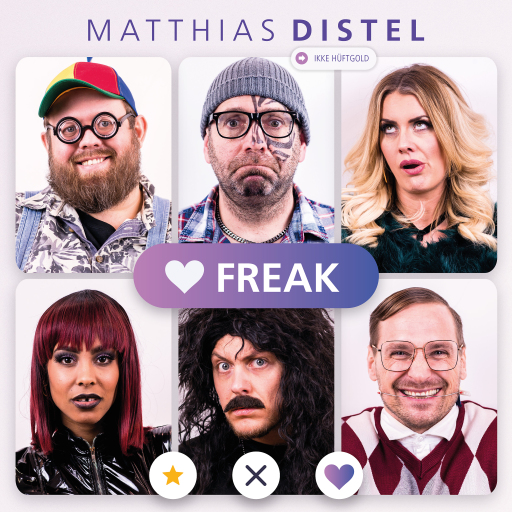 He is one of the most sought-after entertainers in Germany: Matthias Distel – also known as “Ikke Hüftgold”. The Limburger is now breaking away from his old identity and debuting with his real name and a new single. He is supported by the stars from “Cologne 50667”. “Freak” will be released by EL CARTEL MUSIC and will be available digitally on all channels from Friday, March 26, 2021.

Artist, entertainer, reality star and, last but not least, entrepreneur: Matthias Distel has many identities. Perhaps his best known is “Ikke Hüftgold”. But the 45-year-old is now opening a new chapter. Matthias Distel is now debuting his new single under his real name. “Freak” not only alludes to its dazzling past, but also to the daring step of a new beginning.

The Limburger, who is also an entrepreneur in gardening and landscaping in addition to his music career, is certain of prominent support: The stars of “Cologne 50667”, Danny Liedtke, Sharone Battiste, Jay Sirtl, Christoph Oberheide and Pia Tillmann support Matthias Distel in the accompanying music video.

“‘Freak’ is a musical act of liberation for me. However, I also know that many who tried to change the genre failed mercilessly. Never mind! Ten years ago everyone at ‘Ikke Hüftgold’ thought that too. Matthias should anyway fall on your nose, ‘Ikke’ will definitely pick it up and go for a drink with him! “, says Matthias Distel.

Matthias Distel – “Freak” will be released on March 26, 2021 by EL CARTEL MUSIC in the Polydor / Universal distribution.

Oldest computer in the world: Researchers solve puzzles about the ancient...

Fierce criticism – Senator Cruz flies into the warmth during the... 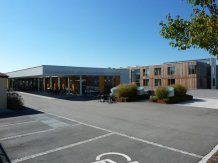 Covid-19: The Esternberg nursing home will be vaccinated from January 8th