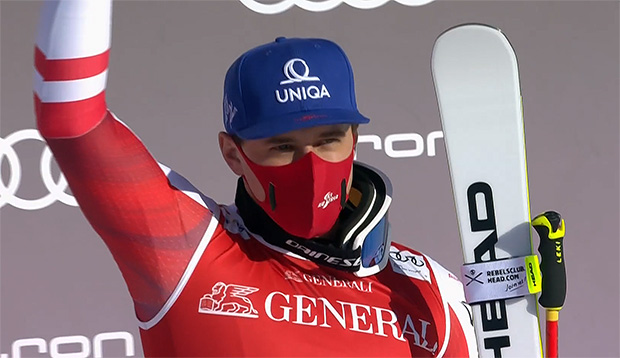 Saalbach-Hinterglemm – Even if the 2020/21 Ski World Cup season has not yet come to an end, the Austrian speed specialist Matthias Mayer is rumbling. The big crystal ball will probably go to a technically savvy colleague again. The Carinthian goes a step further: this season he has watched more slaloms and giant slalom runs on TV than he has contested speed races himself.

So the swipe towards the FIS racing calendar does not come from anywhere. Five speed races were held in January and February; In the first month of the calendar year, however, the slalom aces reeled off a lot of missions. Mayer can also be friendly and praises the organizers in the Salzburger Land, who jumped in for the corona-related cancellations in Wengen and Kvitfjell.

The two Ski World Cup runs in Saalbach-Hinterglemm and the World Cup finals in Lenzerheide will be even more exciting. As long as there is a chance to win the small crystal ball, Mayer will do everything possible to intercept his Swiss competitor. Even if both racers are on friendly terms, Beat Feuz cannot expect any presents on the snow crystal slope.

Corona vaccine: When it comes to approval, thoroughness comes before haste...

The fight against AIDS could suffer severe setbacks from the corona...

World Cup bronze in the parallel race – Meillard wins a... Health – Berlin – Kalayci at the start of the vaccination:...

2021 should be the most successful year for the iPhone

Weak outlook: DEUTZ shares are deeply in the red: Warning of...