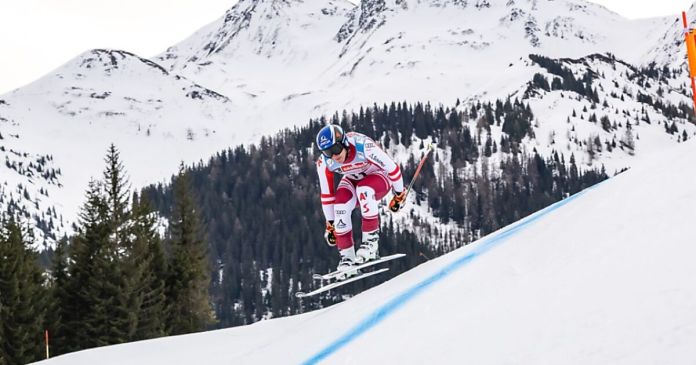 Mayer reckons on the snow crystal route, which has a technical part with waves at the top and two large jumps at the bottom, with a “quite a hundredths battle”. The double Olympic champion knows what to do. “There is nothing to be tacted. Beat is in very good shape. I think he will want to show that too. There are certainly easier opponents than him. He was close to me a couple of times this year, I hope it will work out, that I can be just ahead of him. ”

What distinguishes Feuz? “His fighting spirit, his will to win, his calm”, Mayer listed. And of course the lead that you first have to make up for. And at the same time, Carinthia also looks to the rear, where Paris lurks. “He is in top form, he showed that, everything is possible for him too, very clearly.”

Feuz blows the same horn. “There are still three downhill runs, there is still a lot to be done, a lot can still happen. That is a third of the season ahead of us. I definitely wouldn’t write off Dominik. If he wins twice or is ahead of us twice, then he is full in the fight. I think that this is not just a duel, but a three-way battle, “said the Swiss after training on Thursday, which Paris won.

It went far better for Feuz than the day before, but you can never be sure how much bluff there is. “Today the training was flawless, yesterday I didn’t feel good at all. Waves are not my forte. But you can’t say that the route doesn’t suit me at all. Last year I was second on a slightly shortened route. But in 2015, when Mayer won, I was two seconds behind. So a lot is possible. ”

Feuz does not expect a ball decision on the Zwölferkogel. “To be honest, I doubt that I will extend the lead to over a hundred points. What I don’t hope is that Matthias is a hundred points ahead of me, ahead of Lenzerheide.” What are the advantages of Mayer? “His speed, his victories, of course. He’s not only constant, he also drives very risky, that’s what sets him apart. He can risk a lot on the most difficult tracks and then wins such races.”

As a three-time winner of the downhill ball and the modest start to the season for him (ranks 6, 3, 10), Feuz thinks it’s “cool” that he is still fighting for the crystal. Winning both runs in Kitzbühel and second place in Garmisch-Partenkirchen put him in pole position. “To be honest, I didn’t expect it any more. Now I’m even slightly ahead. But I don’t mind that, I have three bullets, everything else comes as it comes.”

After a moderate downhill season, world champion Vincent Kriechmayr no longer has a chance of the ball, but of course he wants to fight for the podium on the World Cup route from 2025. “Of course I want that, our whole team wants that,” said the Upper Austrian.

He follows the events surrounding the discipline victory with great interest. “Mothl is in great shape, I would wish him so. But there is also a lot to be said for Beat. He was the measure of all things in the last four or five years. Whoever prevails has earned it.” Promising training performances from the ÖSV team also showed Max Franz, who hopes for a trip where “no nonsense” happens. Rain is forecast for Friday.

Actors in Quokka costumes were not on the list!

Thrilling derbies in Berlin have a long tradition

Coronavirus mutation from Great Britain detected for the first time in... CORONA-KUNGELRUNDE: Sharp criticism of amateurism by the Chancellor and Prime Minister...