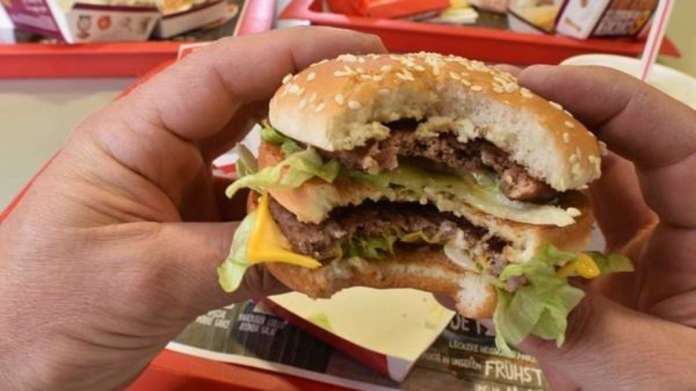 In a McDonald’s branch, four young people bought 600 happy meals for more than 2500 euros. But most of the food they didn’t take away at all.

Merzig – A McDonald’s campaign has been making waves for weeks. The popular “Happy Meals” – a menu for children, which usually provides joy with a toy included, initially caused a stir in the USA. Because: Instead of cute plush toys or other gadgets, Pokémon cards are currently included, and the hype of these booster packs was also reported ingame.de *.

Especially with collectors: inside, the “Happy Meal” in the form of the yellow main character “Pikachu” caused a real run on the restaurants. The four packs contained are each provided with one of the 25 starter Pokémon, including “Pikachu”. They are also provided with a logo for their 25th birthday and come in a foil-wrapped and normal paper version. There are a total of 50 trading cards in the limited edition. As is well known, individual old Pokémon cards from the first generation are now among the most expensive cards in the world.

McDonald’s: Happy Meal with Pokémon cards – trend from USA makes it to Saarland

The special promotion for the 25th birthday of the anime classic on February 27, 2021 has been running in the USA for a few weeks. There the action had caused a run on the fast food chain, numerous Twitter users reported horrific prices for sales of intercepted boxes on Ebay. McDonald’s reacted promptly: “We strongly appeal to the restaurants to only sell a reasonable amount of ‘Happy Meals’ per customer,” it said in a statement.

The hype about the happy meal has now spilled over to Germany. How sr.de reports, the McDonald’s branch in Merzig (Saarland) sold 600 children’s menus for a price of 2544 euros – in one order. According to the report, it was the highest bill in the store’s history.

Ralf Kaiser, manager of the Merzig branch, explained to the news site: “We have already received advance warnings from the USA because the campaign has already been running there and that the demand is very high. But we were really totally surprised: the action started last Thursday and at 8 o’clock the first came and ordered 80 happy meals. ”

Parts of the orders were then not taken at all – these purchases were probably only about the gift addition, the Pokémon cards. Kaiser, who according to information from sr.de Has worked for the fast food chain for 40 years, has never experienced a similar incident. Four young people had ordered a total of 600 children’s menus – and then only took a few portions of food and several pallets of mineral water with them.

According to the report, the amount served on children’s menus will now be reduced so that no food is thrown away. “In addition, the rush will certainly decrease again in the next few days, because the tickets are now as good as sold out,” wrote the news site. (nap)

After BVB change: Gladbach fans with a protest poster against Rose

Football from the top leagues – Ronaldo hits twice against the...

Watch TV with the Fire TV Stick: This is how you...

Status-Update zu The Wolf Among Us 2

Oftringen AG: Tesla ends up in power station after a crash

Car market is losing less in Russia than in Western Europe...