All attention is currently on the vaccines. But the development of drugs against the coronavirus is also important. Because it still takes a while before everyone can be offered a vaccination.

The in-house developed drug against Covid-19 does not yet exist. Similar to vaccines, research and development takes time. The substances have to go through several clinical studies before they are approved.

In addition, projects are ongoing to use drugs that have already been approved for other diseases for the treatment of Covid-19. So what’s the situation?

Remdesivir has proven its worth in the early stages

In Germany was Remdesivir the only antiviral drug approved for the treatment of Covid-19, but only in selected cases and if possible at an early stage of the disease. Antiviral drugs work directly against virus replication.

“According to current knowledge, this drug is the standard therapy for patients with newly diagnosed Covid pneumonia and intact liver and kidney function,” explains Dr. Sebastian Dolff, senior physician in charge of the Infectious Disease Clinic at Essen University Medicine, opposite the “Westdeutsche Allgemeine Zeitung” (WAZ).

According to the Robert Koch Institute (RKI), Remdesivir can shorten the duration of the illness by 33 percent – but only in severe cases. With a mild to moderate course, the benefit of Remdesivir has not been proven.

Remdesivir was actually developed to treat Ebola. It is more common in medicine that drugs are used for diseases other than those for which they were actually developed. Experts then speak of “drug repurposing”. “If you have nothing at all, you try to use what you have sensibly,” explains infectiologist Sebastian Dolff.

Well informed through the crisis: Experts explain what you now need to know about Covid-19.

Combination of antibodies is said to prevent death by 70 percent

The Swiss pharmaceutical company is developing another antibody drug Roche and its US partner Regeneron. There are already promising studies here, but there has not yet been approval in Germany.

A clinical study has shown that the combination of the antibodies casirivimab and imdevimab reduced the risk of hospitalization or death by 70 percent, said Roche. So the drug is also used at an earlier stage of the disease. In addition, the remedy reduces the duration of symptoms by four days.

Another antibody drug called RAIN-COV2, which Regeneron developed on its own, has been provisionally approved in the EU for the treatment of corona patients since the end of February. According to the company, it is also used to prevent infection, for example for people who live in a household with an infected person. The USA had already given the drug an emergency approval in November. It had gained worldwide notoriety in October after the then US President Donald Trump was treated with the drug.

At a further stage of an infection, the problem is no longer the actual coronavirus, but the body’s response. A drug like Remdevisir, which further heats up the immune system, would be dangerous here. In this stage of the disease, steroids are used like Dexamethason used. The substance belongs to the group of cortisones, which slow down the immune system and thus have an anti-inflammatory effect.

Dexamethasone is administered in Germany when the patient is also given oxygen. According to studies, mortality is reduced in such cases.

In addition to the use of defense drugs and anti-inflammatories, in some cases Cardiovascular drugs administered. In Covid-19 patients who are treated in hospital, complications often arise from the formation of blood clots, so-called thromboses, as the medical journal “Thrombosis Research” writes. The risk is particularly high if the course is severe. The RKI recommends the early use of such substances.

Medicine is no longer powerless with a corona infection. “We learned a lot in the last year, it was a moving time,” says the Essen-based infectiologist Dolff. He is sure that more medication will come, but says: “But I don’t see a real game changer on the horizon”.

Numerous substances have a convincing effect in the test tube, but they would then fail with the patient. It is more important to vaccinate everyone quickly than to hope for a drug.

AnnenMayKantereit: The wrong album at the wrong time 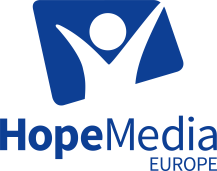