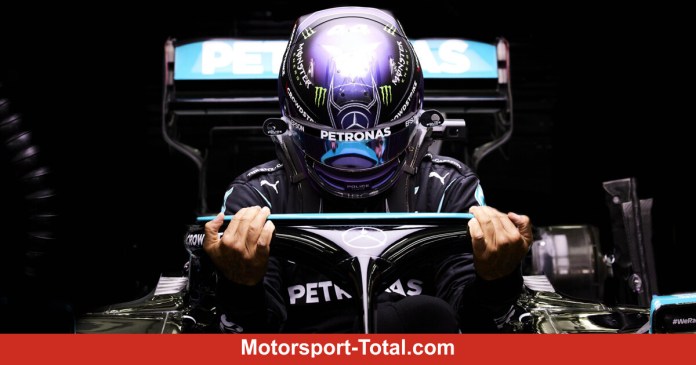 (Motorsport-Total.com) – So now it is clear: Mercedes did not bluff in the winter tests before the Formula 1 season 2021 and in Friday training for the Bahrain Grand Prix (from 4:40 p.m. CEST live in the ticker). Defending champion Lewis Hamilton is four tenths of a second missing after the first qualifying on Max Verstappen in the Red Bull. And that despite the fact that, according to team boss Christian Horner, he had a tenth of a second less performance available per lap due to a damaged underbody.

At Mercedes, immediately after the pole decision on Saturday, the jaws opened far south. Until recently, they had secretly hoped that things would go like in previous years after all, when they were sometimes behind in the tests, but then were fully there when it came to pole positions and victories. It will be different in 2021.

A good hour after the end of qualifying, Toto Wolff had already gathered. In the Zoom video meeting with selected media representatives, he held his smartphone up to the screen, asked not to take photos of it, and explained the two curves, one of which (Mercedes) fell off the other (Red Bull), especially at the tips. but otherwise pretty much the same.

“We lose at high speed. We can clearly see that we have a deficit,” explains Wolff on the screen of his smartphone. That is precisely because of the Mercedes miracle weapon of the past few years, namely the power unit: “We are not yet happy when it comes to energy recovery.”

That alone is not the reason for four tenths of a second behind; but if Wolff takes the trouble to explain the subject in such detail in the causal research, it will probably be one of the main factors. A look at the top speed table underlines this: Even Sebastian Vettel, also on the road with Mercedes power, is almost ten km / h short. So at least not a conceptual problem.

“Every time we come in at the end of the straight. In the second half of the lap, at the end of the long straight, we no longer have enough energy. We suddenly lose electrical energy,” explains Wolff. Or, to put it another way: while the Duracell bunny in the Honda engine still has juice, the Mercedes battery is already empty at that point.

That means an extra punch of top speed at the end of the straight – and easily a tenth of a second or two on the stopwatch. Slowly the impression is growing: Honda built the best engine that the Japanese have ever had since their return for the last year in Formula 1 before leaving.

“You did a great job. You delivered an extremely competitive power unit”, Wolff has to admit enviously. “You just have to look where the AlphaTauri is. We have to accept that as sportsmen. With ‘derating’ you can see that this is an issue that we have to get to grips with. It won’t be easy, but we will get it right. “

“Honda,” says the 49-year-old Austrian, “is a very proud company. I was convinced from the start that they would put everything into this engine for their last year. They haven’t left one stone unturned and no resource is left out in order to finish her job properly. I’m happy for her and is a good motivation for us. “

Writing off Mercedes after just one of 23 qualifying sessions and even before the first race and declaring Verstappen world champion would be a mistake. The Formula 1 paddock agrees on this point: “I’m excited to see where you will be in two or three races. Mercedes is a large, very well-structured and very competent team,” says Alpine Director Marcin Budkowski.

And McLaren driver Lando Norris doesn’t trust the roast either: “Mercedes is no longer as superior as in previous years. We’ll have to wait and see how it goes in the race. I think they still have the better car. They just are A little too slow on the straights. But that will help them in the race because it will prevent the tires from running down so hard. “

Hamilton believes: Even in the race trim two-tenths behind

An optimism that Lewis Hamilton does not share: “Usually they are at least as quick in the race as they are in qualifying,” he says of Red Bull. “I can imagine that we will be a little closer, but they still have at least two tenths in the hindquarters. “

What speaks against him is second place on the grid. Because in Bahrain it should be quite windy at the start of the race, and if a lot of fine desert sand is blown onto the asphalt, this is a potentially greater disadvantage for the even starting positions than for the odd ones, whose starting positions are at least on the ideal line of the track.

So what’s still in the Mercedes? “Many, many seconds, if only we can get the set-up right,” jokes Wolff and adds (seriously): “The car is simply not well together. Bahrain was not good for us last year either. This track and this one Asphalt seem to suit Red Bull somehow better than us. “

“But that is not an acceptable explanation,” clarifies the Mercedes team boss. “We have to do the same thing now as in previous years, namely understand the car and the tires and optimize every little detail. Then we’ll soon be in this fight again.”

The fact that after Bahrain there will first be a three-week break to Imola to study data, “that can help,” says Wolff. (AD: If you want to see the Bahrain Grand Prix live from 5:00 p.m. today, get a Sky ticket now!)

Haaland sets a goal record in the Champions League 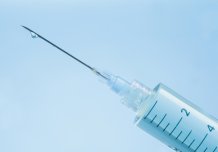 As a child, she modeled with her mother Heidi Klum