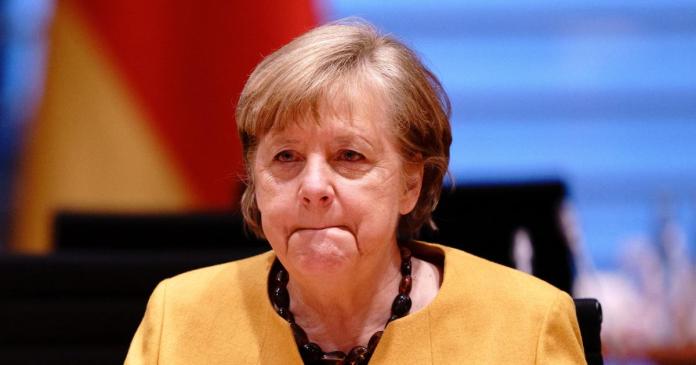 After the controversial Easter rest period was overturned, German Chancellor Angela Merkel apologized to the people in Germany. The whole process triggered additional uncertainty, said the CDU politician on Wednesday in Berlin. “I deeply regret that and I ask all citizens to forgive me for it.” Merkel took full responsibility for this. “This mistake is solely my fault,” she emphasized.

The Chancellor had previously informed the Prime Ministers of her decision in a conference scheduled at short notice.
The idea was “designed with the best of intentions,” said Merkel afterwards in a short statement in the Chancellery. You absolutely have to manage to slow the third wave of the pandemic. “Nevertheless, the idea of ​​the so-called Easter rest was a mistake.

It had its good reasons, but it could not be implemented well enough in the short time available, if it can ever be implemented in such a way that the cost and benefit are in a reasonably reasonable relationship, ”said Merkel.
The Chancellor explained that too many questions, from continued payment of wages to the situation in shops and companies, could not have been solved in the short time that would have been necessary.

Merkel explained that the costs and benefits of such a regulation were not in a reasonable proportion. The debate is determined by the increasing number of new infections and the warning from the Robert Koch Institute, for example, that the numbers could rise very sharply until Easter due to the spread of more contagious virus variants. The RKI again reported higher numbers of new corona infections. On Wednesday they were 15,813, 2378 cases above the value of the previous week. The seven-day incidence, however, remained at 108.1 compared to the previous day. The value indicates how many people per 100,000 inhabitants have been infected with the corona virus in the past seven days.

Infectiologist on virus mutant B117: “By the beginning of April the...

“Bergdoktor” sex scene: Andrea Gerhard was thinking of that while

An advantage for Williams too?

Climate change is taking place on our doorstep: the weather over...