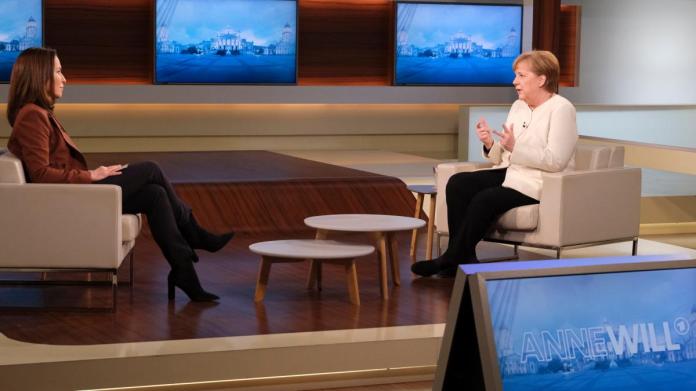 Angela Merkel: necklace. Light blazer. Dark pants. Comfortable shoes. Everything as always, this time with Anne Will in the television studio. The two, the moderator and the Federal Chancellor, sit opposite each other, relaxed and facing. Will and Merkel have not only known each other for a long time, they obviously also value each other.

Anne Will – at least – puts this card on the table comparatively early. The moderator announces that she has not undertaken a confrontational interview. So she will not take the opposite position to her interlocutor and insist on easing, but remain “in the cosmos” of the Chancellor – the situation is serious and caution is required in the pandemic.

It will soon become clear that Merkel is not in the dock that evening. The tribunal, to which the program will develop in the next 60 minutes, is primarily aimed at the prime ministers of the 16 federal states.

First, however, Will clears up the topic of the past few days with the Chancellor. The canceled Easter rest and Merkel’s apology for the resulting uncertainty. With her “offer of rest” she had “disturbed an entire country”. She did not want to expose people to that in these already unreasonable times – “and that is why I asked her forgiveness”.

A loss of authority? “No of course not. Merkel, this also becomes clear in this program, wants to keep the reins in hand until the last day, until a successor is chosen.

Instead of embarking on the ice of premature reflection, the Chancellor, initially almost unnoticed, quietly attacked. Last Monday, the pandemic consultations that lasted into the night with the many breaks – and the unsuccessful Easter decision – was “a turning point” for them. In any case, things cannot go on as before.

It then takes a few more awkward minutes, in which Merkel cloudily brings an “instrument box” into play, which was already there due to the resolutions of the past week, but which still lacks the “instruments” that are necessary for them breaking third wave. The federal states still have to step up. “Otherwise I have to think about whether we can find ways, we have the Infection Protection Act …” It is possible that Anne Will and Angela Merkel have already lost a few viewers to Jogi Löw and RTL. You’re missing out.

One after the other, the Chancellor, spurred on by Will, takes on some of those prime ministers whom she suspects are not taking the third wave of the pandemic seriously enough. Those who have “illusions” or “false hopes”, as Merkel puts it. Delaying – as in October – a more consistent fight against the pandemic called for by science and aimed at by the Chancellor.

“Not the time” for openings, warns Merkel

Michael Müller (SPD), the mayor of Berlin is obviously one of them. You do not know, Merkel etched, “whether testing and strolling like now in Berlin” is the right answer to the pandemic. Tobias Hans, the Saarland head of government, who has just declared his country a model region for further openings, is also allowed to listen to a public instruction. The “basis” for its opening plans are simply not given. Although such opening steps could be promised if the number of infections is stable or falling, these numbers have not been stable in the Saarland in the past few days. “So it is not the time to consider something like this.”

Like the Chancellor, Hans belongs to the CDU, which makes it clear that Merkel is by no means willing to show great consideration for her own people, or even for the federal election campaign, in the coming weeks. Party leader Armin Laschet also felt that this evening. North Rhine-Westphalia’s head of government announced at the end of last week that the “emergency brake” decided by the Prime Minister and the Chancellor would not be applied in his state for the time being. According to Merkel, there is “no room for discretion” in this resolution. Laschet’s generous handling of the guidelines for which he is jointly responsible does not fill her “with joy”. Markus Söder will have been very different at that moment. The Bavarian Prime Minister and CSU boss, who himself has always been an advocate of rigid corona measures, will later be able to support the Chancellor Course once again in the “topics of the day”.

Employers also felt Merkel’s annoyance in the course of the program. Their implementation of the legal obligation to work from home has become “lax”. And she is also dissatisfied with the “enthusiasm” of the companies in implementing the voluntary commitment to testing. In other words: The voluntary commitment should become the legal obligation to test every employee who does not work in the home office at least twice a week.

Merkel does not stop at criticism that evening either. Unlike what we are used to at least publicly from her, she makes clear guidelines. There is currently no need for a new Prime Minister’s Conference, says the Chancellor, “we need action in the federal states”: Implementation of the emergency brake, i.e. the withdrawal of all easing measures in accordance with the resolutions of March, plus exit restrictions, further contact restrictions, mandatory tests in schools and for everyone those employees who do not work in the home office. For her, all of these are “very important means of stopping exponential growth”.

All these measures, says Merkel, have to be implemented “with great seriousness” and, above all, quickly (“a few days”) – in all federal states. If that doesn’t happen, she wants to enforce the relevant rules at the federal level, for example by changing the Infection Protection Act.

That would be, you have to say it so blatantly and with the request for apologies to the heads of government, a deception of the Prime Minister’s Conference. “I’m still thinking,” says Merkel. It has not yet been decided, such as: “But we will do the right thing”. And: “I will not watch that we have 100,000 infected.” An ultimatum.

Covid 19 patients say: “I couldn’t do anything anymore”

WhatsApp changes the design: This is what Messenger will soon look... 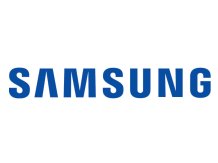