She is taking responsibility for this, Merkel was quoted by participants in a switching conference with the Prime Minister on Wednesday that was convened at short notice. “The mistake is my mistake,” said Merkel accordingly. In the morning she decided not to initiate the regulations on Easter rest, but to stop them.

The reason for the decision was that too many follow-up problems would have arisen if Maundy Thursday and Holy Saturday had been declared as rest days, as had been decided. Expenditure and benefit are not in a good relationship, Merkel was quoted by participants in the completely surprisingly convened group with the state heads of government.

According to reports, the Prime Ministers expressed their respect for the Chancellor and emphasized the shared responsibility. Bavaria’s Prime Minister Markus Söder (CSU) said, according to participants: “I have personal respect for the Chancellor’s statement. In the end it is better to clear it up now if it is not legally possible. ” Ultimately, the procedures are “also part of the problem”.

According to participants, NRW Prime Minister Armin Laschet (CDU) expressed his “great respect” for the fact that the Chancellor wanted to take responsibility for the procedure, which was unique in the corona pandemic. But: “We all have to take it upon ourselves. We supported this path and did not contradict it. ” It is right and imperative that politics take up justified criticism from practice and correct wrong decisions. Schleswig-Holstein’s head of government Daniel Günther (CDU) also reportedly said that it was good to take things back from time to time.

Several participants said that Merkel would not resign. Merkel wanted to speak in a press conference at 12.30 p.m. In addition, she wanted to answer questions from MPs in the government survey in the early afternoon in the Bundestag. However, this date had been fixed for a long time.

After the resolutions of the Bund-Laender Roundtable, displeasure arose above all from the fact that, despite almost twelve-hour discussions, the implementation of key points was still open. It was planned that the Thursday and Saturday rest days should be similar to Sundays or public holidays. On Maundy Thursday the entire economic life should be able to rest, on Holy Saturday only the food trade in the narrower sense should be able to open.

It was initially unclear whether there should be an alternative regulation to get the increasing number of new corona infections under control. First of all, the dpa learned that there were no plans to convene a new federal-state round at short notice. The corresponding point on Easter rest – point 4 – of the resolutions from early Tuesday morning will not be implemented. Nevertheless, it is correct to limit contacts individually as much as possible over Easter. It is clear to everyone that further measures are required in the fight against the pandemic, it was said from the group.

Great danger of avalanches – trains are blocked and roads are... 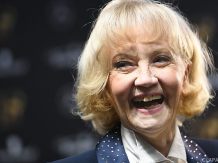 Opel Onstar is switched off: emergency call without function