The spring break in Miami (USA) is out of control. A young woman was found dead and half-naked in a hotel room. The alleged perpetrators were arrested.

The 24-year-old American Christine Engelhardt from Philadelphia was allegedly drugged, raped and killed on Spring Break in Miami (USA).

Despite Corona, thousands of spring breakers celebrated in the “Sunshine State”.

The saleswoman in a pizza takeaway traveled to Miami alone. On Thursday, the young woman was found dead and half-naked in the hotel room. The exact cause of death is still unclear. Police arrested two North Carolina men a few days later: Evoire Collier, 21, and Dorian Taylor, 24. They admitted to meeting Engelhardt in a bar and drugging her with a “green pill”. The men are also said to have stolen their credit cards.

If the restaurant clerk died of an overdose, Collier and Taylor could be charged with manslaughter or murder, according to the New York Post.

Investigators say they have evidence that Englehardt had sex with the two men. One of them even when she was passed out.

On Saturday, Collier was caught using surveillance cameras. He said he was a follower, his colleague wanted to have sex with Engelhardt. He thought the pill was “Percocet”, a strong pain reliever.

Engelhardt’s boss in the “Jules Thin Crust Pizza” pizza restaurant told the Philiadelphia Inquirer: “She was a lovable young woman who was respected by everyone. We will miss them very much.” A fundraising campaign was started on the internet to cover the costs of Engelhardt’s funeral. So far, around 30,000 dollars have been raised.

Engelhardt was obviously aware of the dangers: In a Facebook post from 2019 Engelhardt warned her friends when a suspicious man was stalking her in Pennsylvania’s Tyler State Park: “Trust your gut feeling, it’s a dangerous world, unfortunately you never know what it is true intentions of people. “

Better than AC / DC: Daniela Alfinito storms to the top...

Political Ash Wednesday in the light of the Corona crisis and...

This is how Berliners find out their vaccination appointment 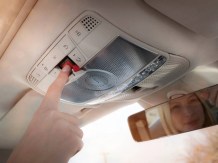 “Farmer is looking for a wife” – Anna feels unattractive after...