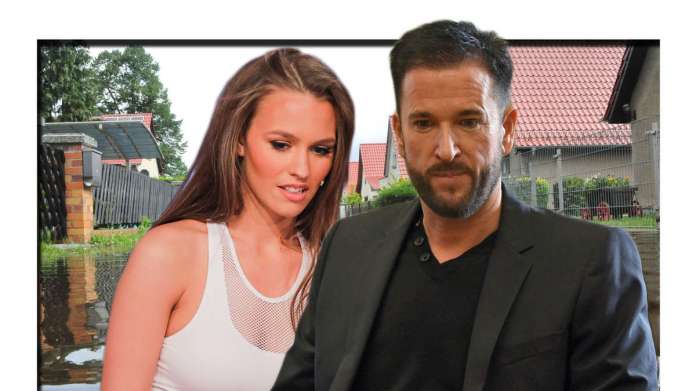 First the boat and now the house. Michael Wendler sells what he can to keep himself afloat financially.

Cape Coral, Florida – Since his conspiracy theory videos surfaced, Michael Wendler (48) * has not been doing well professionally at all. This is now also being felt in his wallet. Financially, the “no matter” interpreter and his wife Laura Müller (20) * have to make huge changes. The 48-year-old now has over one million euros in debt with the tax office, which is now also following him in the United States.

First the boat had to believe in it, now the house he bought in 2020 with his daughter Adeline (19). According to BILD information, the new happy owners, the married couple Shannon Lyn and Marc J., are paying over 450,000 euros for the beautiful property. The contract was signed by daughter Adeline, as she was the official owner of the house for tax reasons.

++ Subscribe to our Telegram channel now and be the first to read our best stories. ++

The Wendlers only bought the house in 2020 and completely renovated it. On TVNOW you could watch the spectacle “Laura and the Wendler – totally in love with America”. Michael Wendler bought the house from the 70s for around 500,000 euros. The reason for this? Laura should forget as quickly as possible that there was another woman in his life before her. Even Laura Müller’s father helped with the renovation.

Michael Wendler is up to his neck

The Wendler family originally wanted to move into their own luxury house, but now decided to change for financial reasons and therefore continue to rent another house. The singer also has to sell the beautiful speedboat “Four Winns Horizon 290” and is currently available for around 153,000 euros on the Internet (read here: Schlager: Michael Wendler sells his yacht – but bigger money problems? *).

Michael Wendler has found someone interested in one of his beloved Harley Davidsons who would like to buy the piece of jewelery from him for a whopping 9,900 euros. An acquaintance of his tells BILD that financially he is up to his neck and that he therefore has to sell all his possessions.

* extratipp.com is an offer from IPPEN MEDIA

Tesla: Autopilot dodges deer at lightning speed – then the driver...

Russia is imposing sanctions on Germany

Yes i love a man!

Plastic bags will be banned in Germany from January 1, 2022