The early retirement of Dieter Bohlen in “DSDS” caused waves that reached as far as Florida. Pop singer Michael Wendler has made a clear statement about the RTL hammer.

Update, Thursday (March 25th), 12:19 p.m .: Cologne – It’s the surprise of the week: Pop titan and DSDS legend Dieter Bohlen (67) has canceled the two remaining live shows after his surprising show off – allegedly due to illness. Ex-DSDS juror Michael Wendler (48) suspects the premature end of Bohlen for a completely different reason.

On Telegram, the singer announced to his fans on Thursday (March 25th): “Of course this is not a surprise for me, because I understand that Dieter Bohlen about the sacking of RTL, which he probably also learned about the Bild newspaper was quite disappointed and his reaction to it could have been that he said, then I won’t come at all. “

The fact that Dieter Bohlen did not voluntarily leave DSDS after 20 years in the jury is only speculated – there is no official confirmation so far. For Michael Wendler, however, the matter seems clear. Just like the future of the format: “Personally, I believe that DSDS will not work without Dieter Bohlen. It’s like, ‘Bet that ..?’ without Thomas Gottschalk, that just doesn’t work. That’s why I think (…) that DSDS has come to an end. “

At the end of the day it was important to mention the Wendler: “I have to emphasize again (…) that I was not kicked out of RTL like Dieter Bohlen now. But that I actually threw the DSDS show voluntarily. ”Which ending is the better is questionable.

First report, Wednesday (March 17th), 4:11 p.m .: Cologne – After almost two decades, Dieter Bohlen (67) is no longer the face of the RTL long-running hit “Germany is looking for the superstar” *. The end surprised fans and former companions alike. With Michael Wendler (48), the “enfant terrible” of the German music scene has now also commented on the sensational news, reports RUHR24.de *.

The American by choice can tell you a lot about what it feels like to be kicked out of the casting show. After all, Michael Wendler himself flew out of the “DSDS” jury * last year after sharing crude conspiracy theories on the coronavirus and raising allegations against his own employer RTL and the federal government.

In the weeks and months that followed, the hit star, who had fallen into disrepute, left no doubt that he was anything but enthusiastic about his premature end to “DSDS”. Michael Wendler even offered RTL a curious affidavit * in order to be shown unpixeled again in the casting episodes of the current season. It was of no use.

The fact that Dieter Bohlen now suffered a similar fate triggered a certain glee at Wendler. It was directed less against the pop titan than against his former “home and yard” broadcaster RTL. “Dieter Bohlen was fired! DSDS is at the end, “wrote the 48-year-old in his Telegram channel. He underlined the gloomy prognosis regarding the continuation of the show with three explosion emojis.

How it goes on with “DSDS” without Dieter Bohlen is just as unclear as the background to the surprising separation. Whether RTL put the former Modern Talking star in front of the door like Michael Wendler or whether the paths parted by mutual agreement is at least not officially known.

The picture reports at least a financial agreement with a view to the upcoming live shows of “Germany is looking for the superstar”. The long-time juror wants to be there in the semi-finals on March 27th and in the final on April 3rd (8:15 p.m., RTL) – presumably for the last time (all celebrity news * on RUHR24.de).

In addition to Michael Wendler, other celebrities had already commented on Dieter Bohlen’s “DSDS”. Especially Sylvie Meis (42) seemed to have hit the news, as she was interviewed with watson betrayed. “I owe this man my entire TV career because he always believed in me,” said the Dutch woman.

Not only Michael Wendler: Several celebrities comment on the supposed RTL expulsion of Dieter Bohlen

Sylvie Meis sat for many years at the side of the pop titans in the jury of the RTL show “Das Supertalent”. There, too, is over for Dieter Bohlen. An RTL employee should opposite the picture have declared that the new head of broadcasting, Henning Tewes (49), is not a fan of the 67-year-old. He thinks the judges’ often harsh sayings are “out of date”.

Luca Hänni (26), who won the ninth “DSDS” season in 2012, even believed after the news became known that the date was wrong. “I was surprised and first thought about whether it’s April 1st and it’s all just a joke,” the Swiss told the news agency spot on news.

The 26-year-old thinks it’s a shame that Dieter Bohlen is stopping at “Deutschland sucht den Superstar”. Unlike Michael Wendler, he will therefore no longer be able to fulfill a lifelong dream. “I would have loved to sit on the jury with him.” * RUHR24.de is part of the IPPEN.MEDIA editorial network.

The first ski areas in Austria are closing due to congestion

Wolfsburg jumps to fourth place before the Christmas break 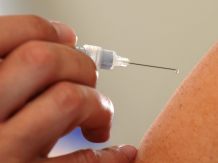 Simon Bucher swims to the second OSV record in Graz –...