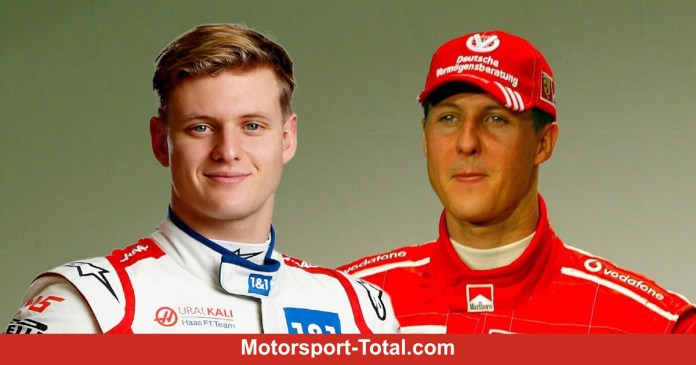 (Motorsport-Total.com) – 30 years after his father Michael’s Formula 1 debut, Mick Schumacher celebrated his qualifying premiere at the Bahrain Grand Prix on Saturday (from 4:40 p.m. in the Formula 1 live ticker). But while the dad sensationally beat his Jordan to seventh place on the grid, the son has to be content with the penultimate place for his first race.

Mick and Michael Schumacher: Would you be a father-son duo in F1 today?

Mick is completely on his own in Bahrain, at least as far as the family is concerned – because it’s probably not a great idea at the moment to travel the world if it doesn’t necessarily have to be. All friends of the family are sure that Papa Michael would have been there for his son’s proud moment if he hadn’t had that fateful skiing accident in December 2013.

Schumacher was “always child-loving”, says Gerhard Berger in an exclusive video interview on the Formula1.de YouTube channel. And the Austrian, once opponent of “Schumi” and later his successor at Benetton in Formula 1 (1996), should know: “I already knew Mick, he was still in his mother’s womb!”

“I’ve known him since I was a child and I’m very happy that he is [jetzt in der Formel 1] is. We all know the story of Michael, who suffered such a tragic fate, inside and out. That his son has now landed in Formula 1 makes me happy for Mick, for Michael and for the whole family. “

Many long-time companions of the Schumacher family are convinced that Mick and Michael would be a sworn duo at the racetrack today under different circumstances – a bit like Max and Jos Verstappen. Verstappen, incidentally, was Michael Schumacher’s team-mate at Benetton in 1994.

Berger is convinced that “Michael would have spent every day on the kart track or on the Formula 3 track” to accompany his son as a managerial father. “And today he would be right in the middle of Formula 1 to give his son the right tips.”

Even if Mick will not uproot any trees in terms of sport in the defeated Haas, he met the target in the first qualifying of his career and beat teammate Nikita Masepin by 0.8 seconds.

But precisely because of the special situation surrounding the famous father, Toto Wolff, for example, thinks that Schumacher jun. should leave alone: ​​”It would be best if we wouldn’t talk about Mick at all,” says the Mercedes team boss in an interview with ‘Sky’ (AD: Get a Sky ticket now and watch Mick’s Formula 1 debut Schumacher from 5:00 p.m. live, exclusively and without commercial breaks on Sky!).

Wolff emphasizes: “Mick has everything in his head, he has the talent and the work ethic. That’s why I don’t worry about that at all. He will just go his way and get better and better.”

Willi Weber in an exclusive interview: About Jerez 1997, the comeback at Mercedes and his time at “Schumi’s” side … More Formula 1 videos

By the way: Gerhard Berger is not the only one who is convinced that the “Schumacher-M & Ms” today would, among other things, make Formula 1 unsafe together. Michael Schumacher’s former manager Willi Weber revealed years ago that Michael had secretly always hoped to return to the paddock at the side of his son.

Schumacher was eager to “bring the boy into Formula 1 and manage him as I used to manage him. That would have been the end result of the whole story. He would have liked that very much,” Weber said in 2019 in an exclusive interview with ‘Motorsport-Total.com’.

The best startup 2020 of the Trending Topics Community is …...

In short: “We need more vaccine in the EU”

Vettel in distress! Is the next bankruptcy season looming? ...

Ski jumping – Stoch is now going on his 3rd tour...

Giant Ice Age Raiders: The Truth About The Direwolves – Knowledge