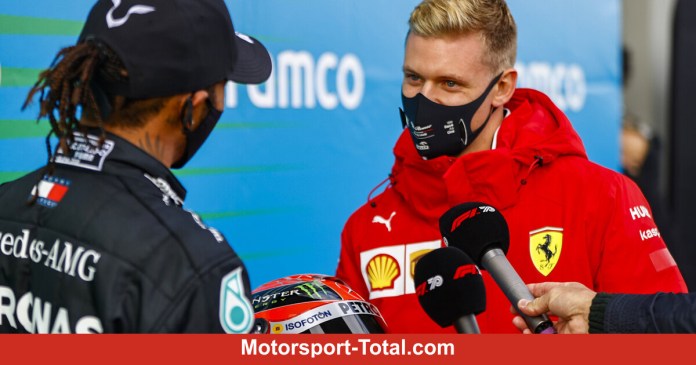 (Motorsport-Total.com) – Mick Schumacher was exposed to criticism and hostility in the previous week. The German was accused on social media of not having clearly positioned himself in terms of discrimination and racism. In an interview, he previously declined to comment on the issues. Now he clears up the whole story.

Schumacher was asked about Hamilton’s activism

“I was asked in an interview what I think about Lewis Hamilton’s involvement in the area of ​​racism. And I was quoted on the Internet as saying that I had not made a comment on it. That is not correct,” said the Formula 1 rookie made clear to the Haas presentation on Thursday.

“What happened? I was asked about Lewis and I just meant that I wasn’t about him in that particular interview [und diese Themen] want to speak, “justifies the German. Schumacher gave the Italian newspaper ‘La Stampa’ an interview on his upcoming Formula 1 debut.

The well-known daily published his statements on February 24th. Specifically, he is asked what he thinks of Hamilton’s activism in matters of racism and the environment. Schumacher is quoted with the following answer: “I’d rather not comment on that.”

Two days later he was forced to post a clarification on Twitter because of the criticism pouring out on him. “There were some comments online that I addressed.” Specifically, he wrote: “I was recently misinterpreted after an interview.”

It was a question of political activism. He wanted to make it clear that he was against all forms of injustice and inequality and supported the fight against racism. Schumacher emphasized this attitude again when asked about his tweet.

“I am against any form of racism or inequality. And I wanted to make that clear,” he emphasizes. Since the previous year, world champion Hamilton in particular has been involved in socio-political matters. He made a significant contribution to Formula 1 launching its “ WeRaceAsOne” campaign.

Since then, the pilots have been free to set an example for topics that are personally close to their hearts before the race. The premier class will continue the campaign in 2021, albeit in a new direction. The focus is now on three core topics: sustainability, diversity and inclusion.

Michael Wendler: Final Countdown: That is how long he will be...