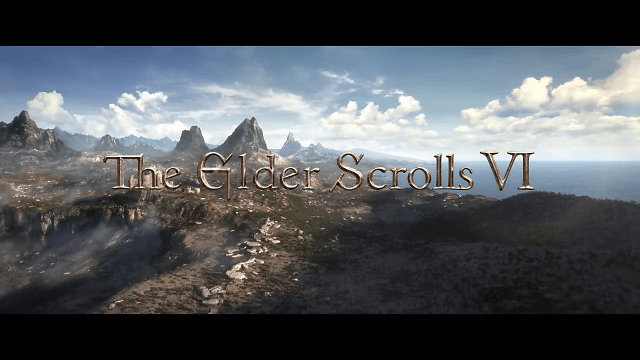 March 9th, 2021 at 5:41 pm
from Thilo Bayer –
Under the motto “Bethesda is coming to Xbox”, Microsoft confirms that Bethesda will be part of the Xbox family as of March 9, 2021 – this also includes “some future exclusive games”. The Elder Scrolls 6 and the unnamed Indiana Jones game are at the top of the list of possible titles.

At the weekend, we reported that the US antitrust authorities approved Microsoft’s proposed acquisition of Zenimax / Bethesda. Now the whole thing is also official, the European authorities have given the green light for the 7.5 billion dollar deal: Microsoft announces the takeover and also confirms “some” future exclusive games. In the trailer, Bethesda shows The Elder Scrolls 6 and the new Indiana Jones game from Machine Games.

Some of the future titles are exclusive

Xbox boss Phil Spencer personally welcomes Bethesda to Team Xbox. Today March 9th is “a special day for Xbox”, because today the takeover of ZeniMax Media, the parent company of Bethesda, can be completed. Eight developer studios are now owned by Microsoft, including Bethesda Game Studios, id Software, ZeniMax Online Studios, Arkane, MachineGames, Tango Gameworks, Alpha Dog and Roundhouse Studios. With the acquisition, Microsoft wants to come closer to the goal of “building an industry-leading team of first-class first-party studios”. At the same time, however, it is also emphasized that in future Xbox consoles, Windows 10 PC and Xbox Game Pass would be the “best place to enjoy new Bethesda games”. Some of them would be “exclusive to Xbox and PC gamers”. Only in the “later course of the year” will there be more specific details about the plans. As a first step, the Bethesda games should appear in the Xbox Game Pass.

Which games are meant that will appear “in the future exclusively” for Xbox and PC (and thus not on the PS5), Bethesda itself gives a hint in a trailer that was published to match the takeover. It not only presents past titles, but also future ones. The Elder Scrolls 6 can be seen in two video snippets (buy now )(Specifically, you will soon see three-year-old scenes from the announcement teaser) and the as yet nameless Indiana Jones game that is in the making at Wolfenstein developer Machine Games. Both titles are likely to be in development for some time. Starfield should also need a few more days.

Image gallery for “Microsoft: Also exclusive games from Bethesda in the future – also The Elder Scrolls 6?”

Power supply in Stuttgart: 3000 people from Stuttgart temporarily without electricity... 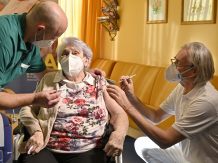 Lower Austria and Vienna lag behind when vaccinating the elderly –...

How traffic should become safer – miscellaneous things from Germany &...