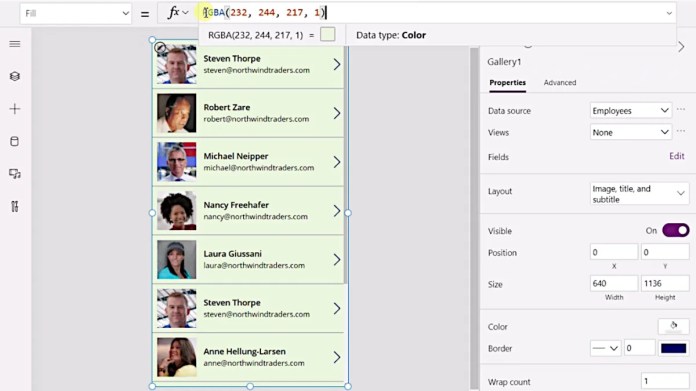 Microsoft presented a new programming language called Power Fx at its Ignite in-house exhibition. It is a free, low-code tool that is not primarily aimed at classic developers, but rather regular office users. And the latter literally, because Power Fx is based on Excel.

Specifically, it uses the same syntax as Excel, which many users are already familiar with and which they could still use to write complicated applications as with simple drag-and-drop tools. At the start, only canvas apps can be created, but Microsoft is planning to expand the language to other areas of the power platform – including Dataverse, Power Automate and Power Virtual Agents.

The complete code on request

Users should only have to specify what their application should do without having to define how it should work. As in Excel, declarative formulas automatically implement changes at other points in the application, variables and data tables do not have to be updated manually. Programmers can also use Power Fx in a classic IDE such as Visual Studio Code and edit the complete source code there.

According to the announcement of the new tool, the choice of Excel as a template was made due to the existing user base: With hundreds of millions of users, the syntax is already widespread and known. Even the otherwise most popular programming language JavaScript currently only has 11.7 million more or less active developers. Microsoft provides Power Fx as free software under the MIT license, the repository can be found on GitHub.

Bitcoin inventor Satoshi Nakamoto: mystery of the brilliant mind behind the...

How powerful is the new auto company?

No help from the royals to be expected