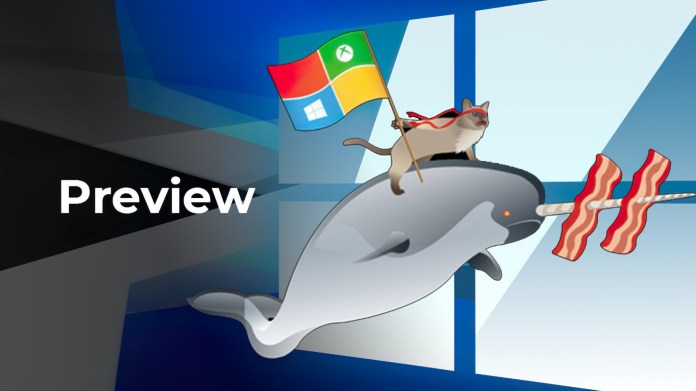 Microsoft has released an update to the Windows Feature Experience Pack for Windows Insiders in the Beta and Release Preview channel. It is a renewed test for the update package, with which new functions will soon be released for all Windows 10 users.


The update for participants in the Windows Insider program is a very special test. With the Windows Feature Experience Pack, Microsoft is decoupling the provision of new functional improvements for all users outside of the actual Windows 10 feature updates, which the company plans to release new functions and improved options not only with the semi-annual updates. It is primarily about functions and improvements that are developed independently of the operating system, i.e. a kind of supplement and should therefore be understood as a little extra.
Microsoft officially starts the Windows 10 October 2020 update

Microsoft is now testing this type of new update with an update in the Windows Insider program. The Windows Feature Experience Pack version 120.2212.3530.0 is available there in the beta channel and in the release preview channel. This update only applies to Windows Insiders who are currently on the latest 21H1 version in the beta channel or the latest 20H2 version in the release preview channel.

This update contains the following improvements:

The Windows Feature Experience Pack update will be made available to registered Windows Insiders through Windows Update, as will new builds and cumulative updates. A restart is required after installation to activate the new features. You can find out more about the new test delivery of the features pack in the Windows blog. It also states that the packs are currently still starting with a very limited number of features and improvements. But that should change over time – the scope and frequency of publications should be gradually expanded.
Ultimately, the Windows Feature Experience Pack updates will be integrated into the existing maintenance process for Windows 10 and delivered to customers in this way via Windows Update. The next Windows 10 function update is expected in the coming month. Then Microsoft should be ready to release version 21H1 as an enablement package.

Haus Stemberg among the top restaurants in Germany according to the...

Turkey and Iran: Erdogan triggers diplomatic crisis – with a poem

HSV: Gjasula and Gyamerah are out for weeks – additions possible