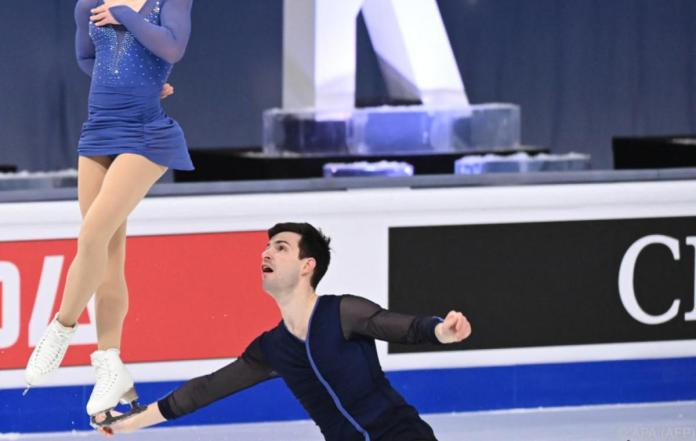 Austria’s figure skaters entered the World Championships in Stockholm on Wednesday with strong performances. Miriam Ziegler / Severin Kiefer took ninth place in the short program of the couples and thus confidently won a place in the freestyle of the best 20 on Thursday (6.10 p.m.). The 17-year-old Olga Mikutina landed on her World Cup debut in the short program in eleventh place among 37 athletes and also easily qualified for the top 24 freestyle.

Ziegler / Kiefer are fully on schedule to achieve the desired top ten place and the Olympic ticket for Beijing 2022. How many Olympic tickets will actually be issued in Sweden will only be decided after the World Championships. A top ten place should be enough in any case.

The 27-year-old from Burgenland and the 30-year-old from Salzburg, who achieved their best ever World Cup result in tenth place in Japan in 2019, received 64.01 points and even left Canadians Kirsten Moore-Towers / Michael Marinaro behind. In sixth place, only 0.93 points are missing, the lead on eleventh place is 4.06 points. “It’s a shame that there are no spectators here in Sweden for safety reasons. But that doesn’t spoil this great preliminary result,” said Ziegler. “We are motivated to show our second program, which we have worked hard on, as well as possible in the freestyle for the 20 best couples, so that we can already take a safe Olympic ticket home with us,” explained Kiefer.

The Russians Aleksandra Bokowa / Dmitrij Koslowskij (80.16 points) were in the lead ahead of the Chinese Sui Wenjing / Han Cong (77.62) and their compatriots Anastasia Mishina / Aleksander Galliamow (75.79).

With a clean execution and 67.18 points, Mikutina surpassed her previous top mark from the home EM 2020 by 13.99 points. The native Ukrainian, who lives in Vorarlberg, separated after her short program to the music of Sing, Sing before the freestyle on Friday (6 p.m.) only 0.10 points from a top ten place and 1.76 points from eighth place.

This means that your chances of getting a ticket for the 2022 Olympic Games in Beijing are excellent. “I am of course overjoyed with this interim result and am already looking forward to the freestyle on Friday. The realization of my dream of being able to take part in the next Olympic Games is getting closer and closer,” said the young athlete.

The Russian co-favorite Anna Shcherbakowa took the lead with 81.00 points, ahead of the Japanese Rika Kihira (79.08) and her compatriot Lisaweta Tuktamischewa (78.86). Mikutina is only a good seven points behind fourth place and just 3.2 points behind sixth place.

Covid-19 law – a sigh of relief in the culture industry...

Guilavogui, Schlager and Arnold in a three-way battle

Union in the duel of the surprise teams – Berlin.de