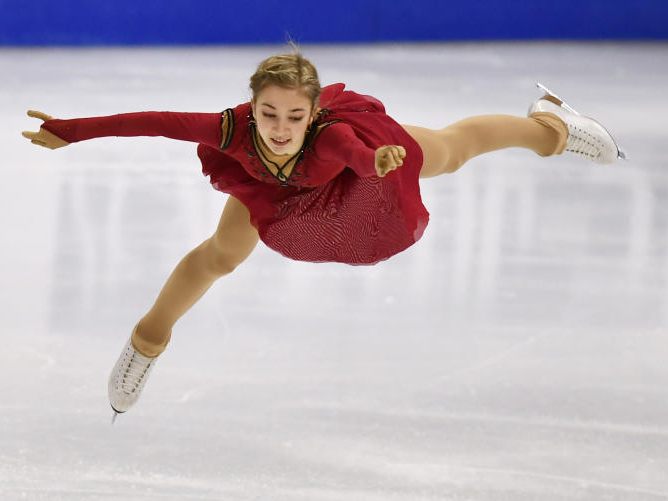 The Feldkircherin from EV Feldkirch made up three places in Stockholm after the short program and equalized the placement of Julia Lautowa from 1997. With the seventh best freestyle in the field, Mikutina Austria secured a quota place for the 2022 Olympic Winter Games in Beijing and one second starting place for the 2022 World Cup.

After Mikutina had surpassed her personal record of the home European Championship 2020 by almost 14 points in the short program, she pulverized her best freestyle so far with 131.59 points by no less than exactly 35 points. As in the short program, the protégé of coach Elena Romanowa came through safely and without a fall, to the music of Primavera and Experience – each by the Italian composer Ludovico Einaudi – just a twofold thought of Axel just came off.

The women’s competition ended with a triple victory for the Russian Federation. Anna Shtscherbakowa brought her lead from the short program with the second best freestyle to the ends. Her compatriot Alexandra Trusowa made it to bronze after a failed short program from twelfth place with a few fourfold and the best performance of the day. Between the two 16-year-olds, their 24-year-old compatriot Elisaweta Tuktamischewa, the 2015 world champion, ranked.

Mikutina was just 18.43 points behind bronze, her previous best point mark from the 2019 Junior World Championships increased by 53.43 points. (APA)

Corona alarm at the Handball World Cup: DHB is concerned –...

OnePlus 9 Pro gets a new display: Curved and 120Hz

Former champion Lewis fails at the Darts World Cup due to...

Coronavirus: Why you need to watch the mutations carefully | ...