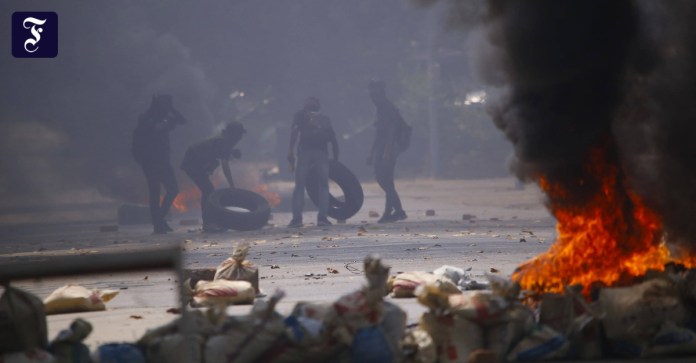 Germany is also involved in the unusual joint call to end the violence. An army does not have to protect the people it serves, not injure them. 114 people were killed by security forces in Myanmar on Saturday,

Dhe military chiefs from a dozen countries, including the United States and Germany, have jointly condemned the violence of the military junta in Myanmar against civilians. “A professional military follows international standards of conduct and is responsible for protecting – not harming – the people it serves,” said the unusual joint statement published on Sunday, which also included Great Britain, Italy, Greece, the Netherlands, Denmark, Japan, South Korea, Canada, Australia and New Zealand participated.

The military chiefs called on Myanmar’s army to “end the violence and work to restore the respect and credibility among Myanmar’s people that they have lost through their actions.”

Bloodiest day of protest since the coup

On Saturday, Army Day in Myanmar with a military parade, 114 people were killed by security forces, the local Political Prisoners Organization (AAPP) said. It was the bloodiest day of protests against military rule in the Southeast Asian country to date. According to the United Nations, children were also among the victims.

Since the military coup on February 1, the junta in Myanmar has faced massive and brutal protests. More than 2,600 demonstrators have been arrested since the protests began, with a total of nearly 420 people killed, according to local human rights activists. The demonstrators are demanding, among other things, the release of the disempowered de facto head of government Aung San Suu Kyi and a return to democracy.

Porr and Strabag receive half a billion subway order

The “Solar Orbiter” probe has flown past Venus