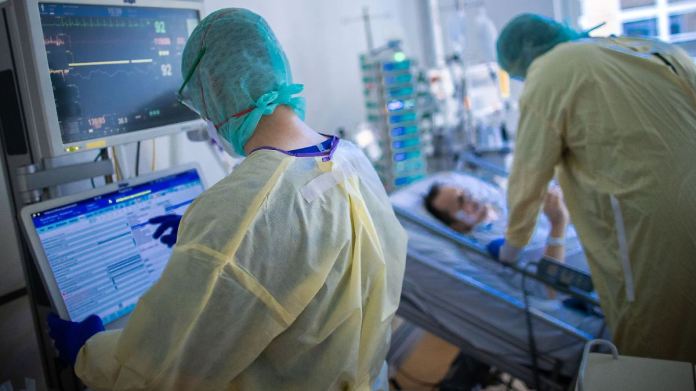 The seven-day incidence in Saarland was last at 61, lower than anywhere else in Germany. After Easter, Prime Minister Hans wants to turn the country into a relaxation laboratory. Intensive care physicians fear the worst. Only a nationwide strict lockdown could still prevent the catastrophe in the intensive care units.
In view of the increasing number of infections, the German intensive care physicians are calling for the planned lockdown loosening after Easter to be dispensed with, for example in Saarland. “The resolutions for model projects after Easter are completely inappropriate and must be withdrawn immediately by the federal and state governments,” said the scientific director of the Divi intensive register, Christian Karagiannidis, of the “Rheinische Post”.

It takes a mixture of hard lockdown, lots of vaccinations and tests. This is the only way to prevent the intensive care units from overflowing, warned Karagiannidis, who is also President of the German Society for Internal Intensive Care Medicine and Emergency Medicine (DGIIN). Germany is only at the beginning of a massive increase in intensive care patients. “If no measures are taken now for a nationwide hard lockdown of two weeks, we will soon have to reckon with a historic peak load of the intensive care units with Covid-19 again,” said Karagiannidis and asked “politicians not to let the hospital staff down.”

The Saarland government wants to loosen the corona restrictions for gastronomy, sport and culture as well as private meetings nationwide with a corresponding legal ordinance from April 6th. With a negative corona test, it should also be possible to visit theaters, cinemas, concert halls and fitness studios again. If the procedure proves to be successful, further opening steps should follow from April 18th. In other federal states, model municipalities are planning comparable regional test runs for the safe opening of retail, catering and event venues.

Hans wants to brake in time

Saarland’s Prime Minister Tobias Hans defended his plan to test an opening model that “everyone decided together” at the last Corona summit by the federal and state governments. “We are a small country, our test infrastructure is well set up, and currently the infection rate is moderate – so good conditions to do this across the Saarland,” said the CDU politician of the “Bild” newspaper. Contact restrictions are “still important”, “but not the only silver bullet”.

After a year of the corona pandemic, “we now have to think of more than just closing and restricting,” demanded Hans. The Saarland is going “a cautious path, step by step and with caution – always depending on the infection situation – but with a perspective for our citizens”. If the number of infections increases exponentially, his government will “pull the emergency brake in good time”.

Schleswig-Holstein’s Economics Minister Bernd Buchholz criticized the planned easing in Saarland in the “Bild” newspaper as “very irritating and not credible”. “There is a big discrepancy between what he said at the Corona summit and what he is doing now,” said the FDP politician about the Saarland head of government.

Vaccine – Can be stored in conventional refrigerators for up to... 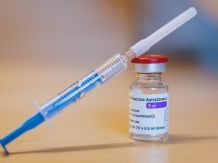 Denmark continues to do without AstraZeneca – Corona vaccination

Nicole Schmidhofer thanks her sponsors, who are by her side even...