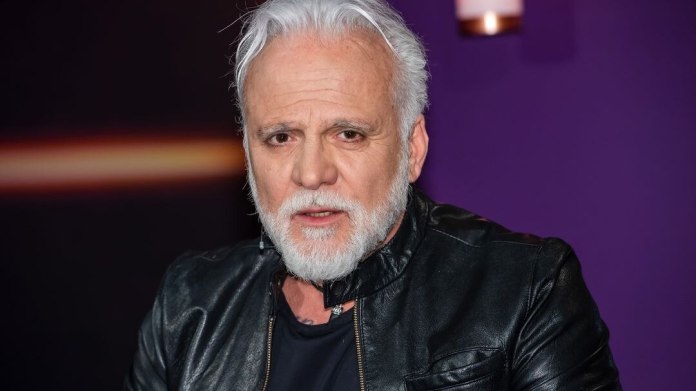 “I have maybe five years left”: With this statement, pop star Nino de Angelo (56) made his diagnosis of COPD (chronic obstructive pulmonary disease) public a few months ago. In the MDR talk show “Riverboat”, the singer spoke on Friday evening about the fact that he would still not change his way of life – and brought presenter Kim Fisher to tears.

In the program, Nino de Angelo first told how the serious lung disease was diagnosed: “I had a heart emergency operation in 2016”, during which he was given three bypasses. “I then went to rehab for a few weeks and afterwards I thought: rehab, bypasses, everything should work fine again. I also tried it out right away and first of all went really drinking. ”He thought he was“ the old man again ”.

Then he started doing sports and tried electrical muscle stimulation. “I really enjoyed that, but I couldn’t build up any stamina during the exercises. Then my trainer said, ‘You’re going to knock over here, you’re going to die with me while training, go to the cardiologist, see if everything’s okay, ”” said de Angelo. The pulmonologist did not find anything, but referred him to a pulmonologist – who then diagnosed COPD. “Then I was served first.”

The pop star also spoke about how severe the effects are: “I can sing a song on stage, then I have to talk for two minutes so I can sing the next song,” said Nino de Angelo. But he also emphasized very clearly: “I’ve just ignored that for the past four years. There is simply no other way. ”He lives with it and accepts this disease.

Kim Fischer: “You know, I don’t accept that”

Moderator Kim Fisher, who has known de Angelo for a long time, visibly moved these statements: “You know, I don’t accept that,” she replied. “You know how much I love you. And now I’m telling you that too, because I think I want to tell you that. Because I want you to be good to yourself. ”And said to himself in a rage:“ In other words, I could also ask you: Tell me, do you still have them all? To go to the pub after a bypass operation and see if everything is still working? You must be crazy! How ungrateful are you? ”Then Kim Fisher showed the singer another bird.

“I’m good to myself,” Nino de Angelo justified. When his “inner self” tells him that he wants something to eat or drink, “a whiskey, a red wine, then I’ll give it to him,” said the singer with a laugh.

Nino de Angelo to Hendrik Streeck: “You are the virologist, I am the life”

Thereupon the virologist Hendrik Streeck stepped in and emphasized: “With COPD you shouldn’t smoke, that’s quite clear.” However, Nino de Angelos did not leave the statement like this: “You are the virologist, I am life. I know what I’ve got behind me and I know how it works for me. I know that people who are circumcised are told: You are no longer allowed to drink, you are no longer allowed to smoke, they die within three months. ”Of course you could manage to give up drinking and smoking. “But I don’t want that.” He will enjoy the last years of his life, “with all the trimmings”.

Moderator Kim Fisher replied visibly excited and seemingly close to tears: “Yes, that’s your decision, but I can tell you: I’m angry that you do it that way. Bloody hell!”

Nino de Angelo has a long medical history, which he also spoke about publicly: he was diagnosed with lymph gland cancer in the 1990s, had blood cancer in 2008 and received three bypasses in 2016.

These are the German athletes of the year

EU foreign ministers mobilize against Russia in the Navalny case –...

Gumpenbach Bridge in Kornwestheim: The demolition in the video – Ludwigsburg

Greens boss Habeck on Laschet – “If he has something to...

Mask restricts the spread of aerosols when traveling by train