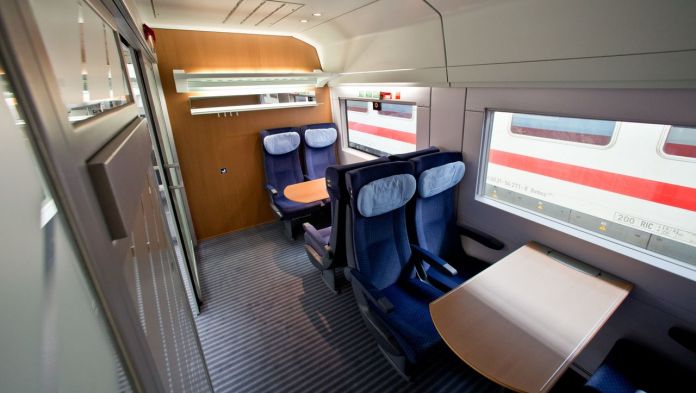 When further fourth-generation ICE express trains are put on the track at Deutsche Bahn this spring and summer, passengers can look forward to a generous view: rows of seats as far as the eye can see. There are now only compartments for families with small children.
But that could change soon. The state-owned company is apparently considering dividing the wagons back into greater detail. “Our customers want more opportunities to retreat and instead want more compartment-like rooms,” said Bahn Board Member Berthold Huber. The first concepts for new interior designs for the trains should be available by autumn.
It would be a trend reversal: For decades, the railway has been saying goodbye to the compartment with each new generation of trains. While the oldest ICE1 still had almost a third compartment space, these are practically no longer available in the current flagship. The plans of the railway are, “considerations for the second half of this decade,” said Huber.

But then you think about a generation of completely new high-speed trains. These are needed because the state-owned company has set itself the goal of serving 260 million long-haul customers in 2030. Twice as many as in 2015 and three times more than in 2020.

People are hungry when traveling, said Huber. “Demand will come back much faster than some are saying now.” Deutsche Bahn is doing everything it can to ensure that traveling by train is as safe as possible and that distances can be maintained. There will be no special rights for vaccinated people.

Hairstyles of soccer stars heat up the minds – Germany

Coronavirus: where do people get infected? – Knowledge

Electricity network charges will be 4.1 percent more expensive in 2021

That’s how spectacular the new Aston Martin from Vettel – Formula...