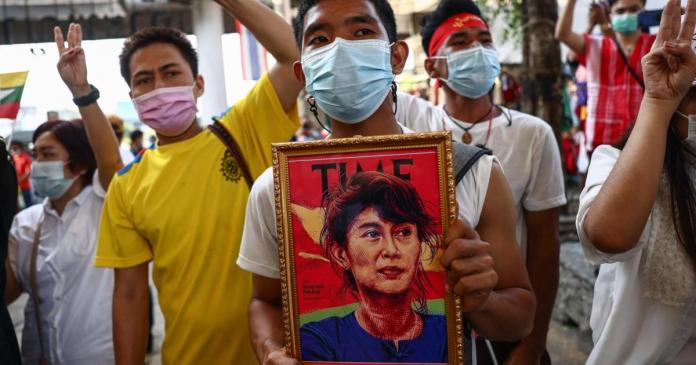 The Myanmar military junta reportedly released more than 600 arrested demonstrators on Wednesday. The news portals “Myanmar Now” and “Eleven Myanmar” reported that they were mostly students who had previously been detained in police stations and prisons. A reason for the move was initially not known. The students took part in the protests against the military coup in early February.

According to the latest estimates by the prisoners’ aid organization AAPP, at least 275 people have been killed since the coup and more than 2,800 have been arrested, at least temporarily. For weeks the police and the military have been responding to any resistance with massive violence.

On Tuesday, at least five people were shot dead in Mandalay in the north of the country, including a seven-year-old girl who was sitting on his father’s lap, said a resident of the German press agency. A soldier aimed at the father in the Chanmyathazi district, but hit the child in the stomach, “Myanmar Now” wrote.

In New York, the UN expressed “deep concern about the continuing violence against children” and called for the lives of young people to be protected. According to estimates by the children’s aid organization Unicef, at least 23 children have been killed and eleven more seriously injured since the coup.

Survey result: Christmas in times of Corona – This is how...

After Windows 7 support-off: FBI warns of use