The car with the dead mother and her son was found near Wilfersdorf (Austria).

On Sunday, a hunter finds a woman and her child in a car on a dirt road in Mistelbach (Austria) – both are dead and have gunshot wounds, writes the “Kronenzeitung”.

The police are investigating a violent crime, a spokesman said. The car was found on a dirt road in Mistelbach around 60 kilometers north of Vienna.

The owner of the vehicle is the 60-year-old ex-boyfriend of the dead. The police consider the man to be a suspect, and they are looking for him. The Austrian task force Cobra surrounded the suspect’s house. Apparently he was not there.

According to reports, a divorce battle is said to be at the fore. It is currently unclear what exactly happened. A murder weapon has not yet been found. (une / SDA)

“You sit here and make you bourgeois” 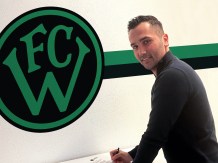 Family is thrown from the plane because the baby was not...