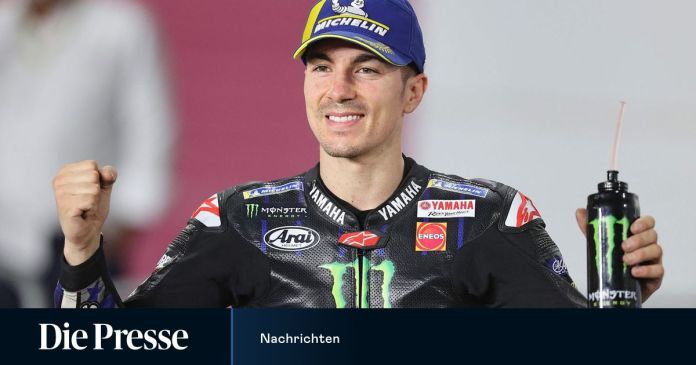 The season opener in MotoGP has become the prey of Spanish Yamaha rider Maverick Vinales. On the other podium places the Frenchman Johann Zarco and Francesco Bagnaia landed on Ducati.

The season opener in the top motorcycle class MotoGP has become the prey of the Spanish Yamaha rider Maverick Vinales. The other podium places at the Grand Prix of Qatar in Lusail were Frenchman Johann Zarco (Pramac) and Pole man Francesco Bagnaia on Ducati on Sunday. Maximilian Kofler also made a tailor-made start in the Moto3 category. Austria’s only driver contribution to the World Cup finished 15th in the points for the first time in his career.

This was followed by Michael Ranseder from Upper Austria, who rode for the French team CIP-Greenpower (KTM RC250). He was the last Austrian to write 14th points in Moto2 in 2010. “It was the next step in my career now. I’m really happy that it worked out in the first race of the season,” said an “overjoyed” Kofler. KTM (Red Bull Ajo) celebrated a double victory. Jaume Masia prevailed over his team-mate Pedro Acosta, a Moto3 rookie.

In MotoGP, defending champion Joan Mir (Suzuki) came off the racing line in second place and finished fourth. Valentino Rossi had to be content with twelfth place after a strong qualifying (fourth place). Marc Marquez was still missing after his broken arm. The second round of the season, the Doha GP, will also take place on the coming Easter weekend at the Losail International Circuit.

Pope cancels two masses at the turn of the year

Karina Sarkissova is hardly recognizable in the photo – People

GZSZ: Shock for Katrin: Did she find Tobias’ missing wife?