The nine-time world champion is uncomfortable. Rossi: “This pace is definitely dangerous. All speeds over 330 km / h are dangerous enough, but 362 km / h is unbelievable! “

Does the superstar from Italy feel his age? His younger rivals see no problem with the unbelievable speed boom and the slipstream battles. GP winner Maverick Vinales (26): “The safety of the motorcycles and the tires is high, the run-off zone is large. That is why, in theory, such speed is not a problem. “

Pole setter Francesco Bagnaia (24) admits “that at these speeds you don’t really know when to brake”. But the Ducati factory rider trusts the safety of his futuristic machine.

Super talent Fabio Quartararo (21), who has taken Rossi’s place in the Yamaha factory team, sees no problem either. “I have now cracked the 350 km / h mark for the first time and think I can control even faster speeds,” says the Frenchman, “whether you drive 300 or 340 km / h is not a big difference.”

The speed beating continues on Easter when a second GP takes place in Qatar. But what will happen at the GP in Mugello (May 30th)? There on the straight the highest speeds are traditionally driven. Rossi already fears it: “If a new record is set in Qatar, you can be even faster in Mugello!”

Diabetes preparation metformin is supposed to increase the chances of survival...

The Kraken update for The Falconeer released

According to the report, Union wants to extend the corona premium 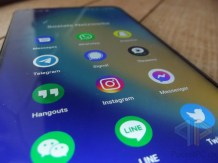 Capitol Storm: The shaman and other mob supporters are charged