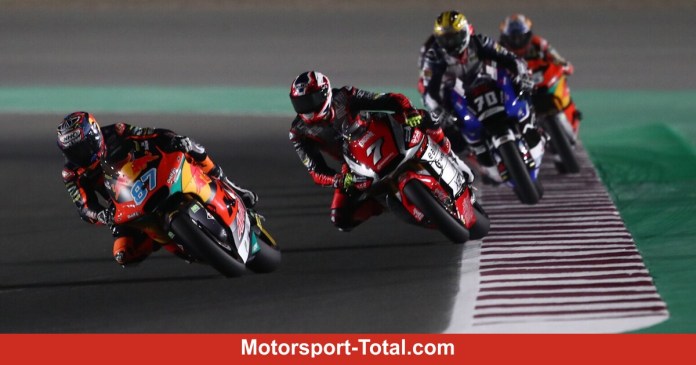 With the exception of Hafizh Syahrin, all of them opted for the same tires.

Moto2: The wind is getting stronger again

It was originally hoped that the wind would calm down in the evening, but it blows much stronger now. You can see that clearly in the starting grid.

And Marcos Ramirez is on the starting grid. Yesterday he suffered a minor injury in a fall and was declared unfit. Today he passed a check and is allowed to drive.

Let’s dedicate ourselves to the middle class. 20 rounds are scheduled for today,

Sam Lowes, who fell in the warm-up, starts from pole position. Raul Fernandez and Bo Bendsneyder are in the front row next to them.

Marcel Schrötter starts as 13th and Tom Lüthi as 17th.

– Link to the complete Moto2 grid

Afterwards there are still small changes in the result. Kaito Toba and Carlos Tatay exceeded the track limits on the last lap of the race. This means that Tatsuki Suzuki and Romano Fenati each win one position.

Moto3: The voices of the top 3

Jaume Masia (Ajo-KTM; 1.): “That was crazy! We already did a good job during the test, but it wasn’t easy to divide up the race properly. The wind was blowing very hard, which made it difficult for me, especially when I was right at the front. The last lap went perfectly. So we can go on. ”

Pedro Acosta (Garlic-KTM; 2.): “It’s an incredible feeling and the reward for the hard work by Red Bull and Repsol. I have to thank Aki for the chance that I can drive here.”

Darryn Binder (Petronas-Honda; 3.): “In turn 12 on the last lap the wind was very strong and I had to go far. Then I gave it my all, but it wasn’t quite enough on the line. Still, it was a really good first race for me on a Honda with pole. Position and a podium. I can’t complain. “

Maximilian Kofler falls a little behind in the last third of the race, but with 15th place he collects the first world championship point of his career.

A long dry spell is coming to an end for Austria. Michael Ranseder won World Championship points for the last time in 2010. At that time he finished 14th in the Moto2 class in Sepang.

The Saxon PrüstelGP team can look forward to World Championship points for both drivers. Dupasquier is tenth and Ryusei Yamanaka is 14.

For the Swiss Dupasquier it is the first top 10 result of his career and also his first ever World Championship points. 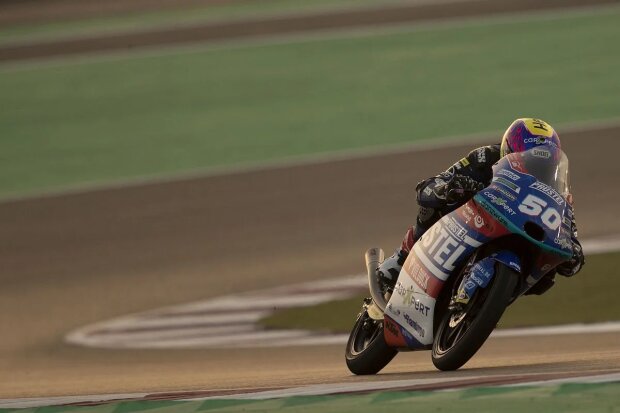 Moto3: The other positions

Wow, with Acosta there is actually a rookie on the podium!

Izan Guevara finishes seventh in his World Cup debut. The top 10 are rounded off by Kaito Toba, Tatsuki Suzuki and Jason Dupasquier. 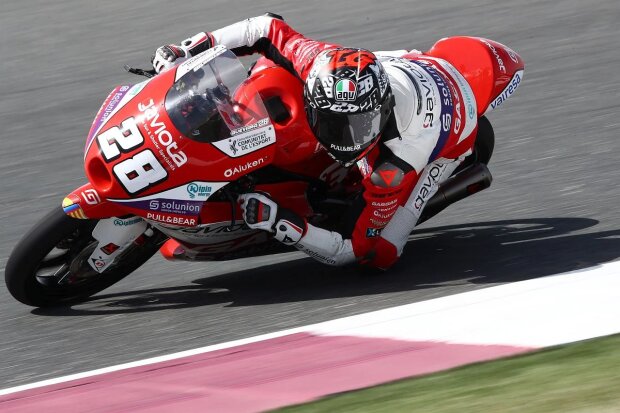 Masia is the first to hit the home straight. Acosta and Binder hang in its slipstream. But they don’t come over!

The victory will probably only be decided between Masia, Acosta and Binder. The slipstream on the home stretch will probably make the decision.

In turn 1, Masia takes the lead and leads Rodrigo. Sasaki is third but crashes and is out.

Binder is now firmly established behind Masia and Acosta.

And everything is open. Now suddenly Antonelli is leading in front of Masia, Sasaki and Acosta.

Moto3: More than ten drivers with a chance to win

The penultimate lap begins and after the slipstream in the first corner the order changes completely. Masia, Binder and Rodrigo are in front. You have the most experience.

Acosta, Masia, Garcia, Binder and Salac are the top 5. But the order changes practically on every corner. Now Sasaki is leading again.

There is still going back and forth in the top group. Sasaki, Binder, Masia, Acosta, Guevara and a few more have a chance to win. That will only be decided in the finish sprint.

Romano Fenati, who had to take the long lap penalty twice, overtook Kofler and pushed the Austrian to P16. There would be no World Cup point.

Bachelorette Melissa: Who Leander was allowed to meet now … –...

Revolt after Corona outbreak in prison in Sri Lanka – Miscellaneous...