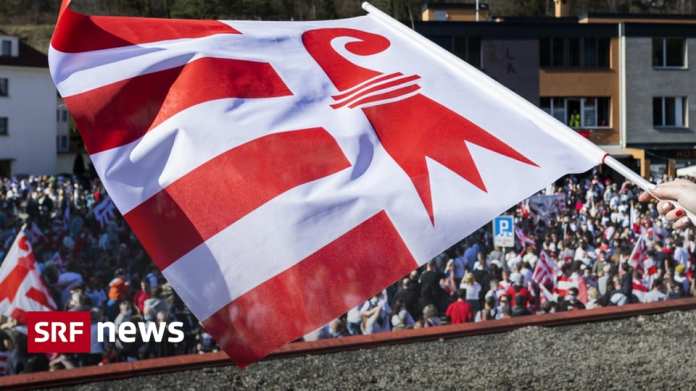 
The small town of Moutier in the Jura, with around 7500 inhabitants, wants to change cantons. With a difference of almost 400 votes, Moutier’s electorate said yes to moving to the canton of Jura. The separatists fought for this day for generations.

In the last vote in summer 2017, Moutier narrowly voted for the change of canton. However, the vote was canceled.

However, the consequences of Moutier’s departure are different. The canton of Bern is bilingual. In the Bernese Jura, the official language is French. If this administrative region gets smaller and smaller, the question arises at some point whether the canton of Bern can and will still be able to afford bilingualism.

New discussion about guaranteed seat in the Jura

The outcome of today’s vote could also have an impact on the political electoral system. With Moutiers’ decision to turn his back on the canton of Bern, the discussion about the guaranteed seat of the Jura could arise again.

The Bernese Jura has a seat in the cantonal government. So far, the Jura seat has only been questioned in isolated cases. With the departure of Moutier, the Bernese Jura is shrinking, and so those who see the guaranteed seat of the Jura as a disproportionate preference for a minority gain a boost.

Moutier’s latest decision should not yet be set in stone. Before the vote, the governor of the Bernese Jura administrative district opened a procedure. It concerns statements by Virginie Heyer, President of the Bern Jurassic Council. It cannot be ruled out that further complaints may arise. As in 2017, the Moutier vote will now be negotiated in court.

In addition, the day before the vote, the canton of Bern announced that Moutier’s electoral register had not yet been checked. A large number of newcomers to Moutier have recently been identified. The suspicion of voting tourism is in the room. The last chapter has not yet been written – but there are already losers.

Matthias von Wartburg has been working for the regional journal Bern Freiburg Wallis from Radio SRF since 2019. There he reports, among other things, from the Biel region.

Serbia is making rapid progress in vaccinating – model boy from...

Goodbye Germany (Vox): Despite having a son – Sohel and Jasemin... China celebrates the return of its “Chang’e 5” probe – hot...