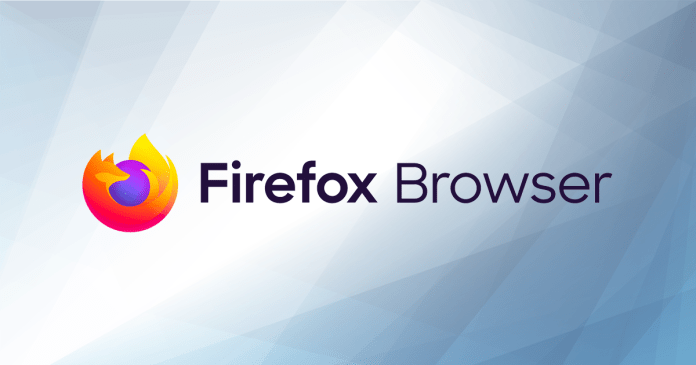 Mozilla has released Firefox 87 for Windows, Apple macOS, and Linux. This article summarizes the most important new features – as always on this blog in greater detail than on other websites.

With the protection against activity tracking, Firefox has a feature that blocks scripts from known trackers in order to protect the privacy of users. Positive side effect: Often this also leads to a better speed. What sounds simple in theory can, however, cause compatibility problems in practice if the website code requires blocked scripts to be loaded correctly.

With Firefox 87, Mozilla is introducing its new SmartBlock mechanism, initially for users who have activated strict protection, as well as in private windows. Firefox replaces the scripts of well-known tracking services with a kind of replacement script, which ensures that the website compatibility is not impaired while the actual functionality is disabled. For example, website functions can be called up that require Google Analytics without actually being executed and without script errors, unlike without SmartBlock, because Google Analytics is blocked by Firefox.

Another privacy improvement in Firefox 87 is the standard shortening of the so-called referrer. This is the information about which page the user visited before landing on the current page. If the complete URL including possible parameters, which could contain sensitive information, was previously transmitted, the referrer will in future only consist of the domain by default. This innovation was reported in detail in a separate article.

Highlighting of all search hits in the scroll bar

With a new feature, Mozilla is fulfilling the wish of some users: the highlighting of all hits of the search function in the scroll bar. The prerequisite for this is that the button for highlighting all search hits is active.

The color of the highlights is the same color as the highlighting of the search terms themselves. This can be adjusted by creating a new string switch with the name ui.textHighlightBackground via about: config and receiving the desired CSS color code as the content

Navigate back one page using the back button

Anyone who clicked on one or more links within a tab and then wanted to navigate back did not necessarily need the mouse, but could instead use the back key on the keyboard. However, since this key is also the key that is used in text fields to delete text, which is a relatively frequent user interaction, it could lead to inadvertent navigation backwards so quickly, which in the worst case scenario also led to a loss of entries.

To prevent this from happening any longer, Mozilla adapts Firefox 87 to other browsers that do not support this shortcut either. By default, the back button will no longer navigate back one page.

This in no way means that the keyboard can no longer be used for this purpose. Instead, Alt + left arrow (Mac: Cmd + left arrow) can be used to navigate back as usual. If you can’t remember that: Firefox now shows the keyboard command when you move the mouse over the back button.

And, unlike Chrome, for example, where it needs an extension, Firefox offers a configuration to control the behavior. If the switch browser.backspace_action is set from 2 to 0 via about: config, the back button works as before to navigate back.

Show only changed settings in about: config

On the about: config page in Firefox you will find an extended configuration interface, which can be used to make numerous settings. Also many for whom there is no visible attitude. From Firefox 87 onwards, only those settings can be displayed that deviate from their default values. 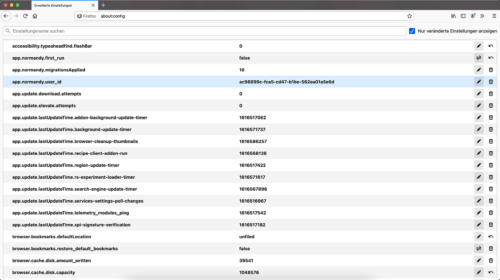 Mozilla traditionally attaches great importance to the barrier-free use of its products. Accessibility improvements are therefore a constant topic and improvements are always part of new Firefox versions. In Firefox 87 there were again various improvements of the accessibility in different places of Firefox, but also a big highlight, which deserves a separate section in this article:

While Firefox already worked well with the popular screen readers for Windows, Linux, Android and iOS, Mozilla still had some catching up to do on macOS. With Firefox 87, Mozilla has now also completed the support of VoiceOver on macOS, which has been worked on for more than a year.

The user agent is a character string that the browser sends with every request to a website. This primarily contains information about the operating system and browser used. For example:

So-called user agent sniffing on websites repeatedly leads to problems if incorrect assumptions are made by the website. Unsurprisingly, the increase in the macOS version from 10.x to 11.x also led to problems, so Mozilla has frozen the macOS version for all new macOS versions to version 10.15 to avoid compatibility problems. A positive side effect, in addition to improved web compatibility, is also improved privacy, as this means that one less detail is disclosed and the digital fingerprint is reduced.

Incidentally, Mozilla will introduce a corresponding change in Firefox 88 for Windows as well. Microsoft currently has no plans for a “Windows 11”, but should Microsoft increase the major version at some point, Firefox will continue to name the operating system Windows 10 in the user agent.

Using the prefers-color-scheme Media-Query, websites can react to whether the user has a light or a dark system design in order to take this into account in the website design. Mozilla has implemented the option in the inspector tool to simulate the color scheme without actually having to change the operating system design.

In the inspector tool, the pseudo-classes: hover,: active,: focus,: focus-within,: focus-visible and: visited could already be activated for elements. From now on: target is also available.

In addition, the inspector has been marking CSS rules that are not effective for a long time and explains why they are not effective. For this purpose, further definitions have been deposited.

As always, there is an overview of improvements to the web platform such as new supported web standards in the MDN web docs.

Of course, Mozilla has closed several security holes again in Firefox 87. For security reasons alone, an update to Firefox 87 is therefore strongly recommended for all users.

Other new features in Firefox 87

The library, help and developer menu have been simplified. If the user takes part in Firefox studies, these are now listed on about: support.

The introductory tour for new users (about: welcome) now offers to set Firefox as the default browser and, in the case of Windows, to pin Firefox to the taskbar. 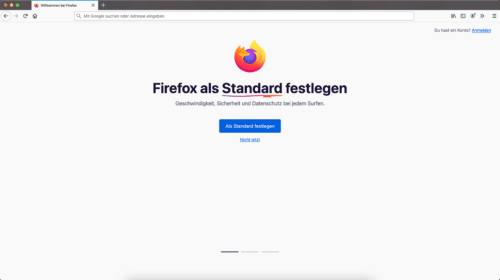 The about: logins search field can now search not only for user names, but also for passwords, even when using the main password. The CSV import of passwords was also unsuccessful in the case of duplicate entries. Firefox 87 can handle duplicates when importing CSV.

For double-sided printing (duplex) there is a new option in the print dialog, whether to mirror on the long or the short edge.

To activate WebRender on Linux, a Mesa driver version 17 or higher is now sufficient (previously at least version 18).

The native messaging authorization can now be requested by WebExtensions at runtime and no longer has to be allowed during installation if required by the extension.

Of course, bug fixes and other improvements under the hood were also added in Firefox 87. 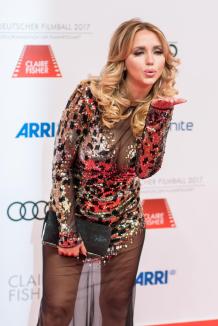 After the outbreak of violence, senators distance themselves from Trump