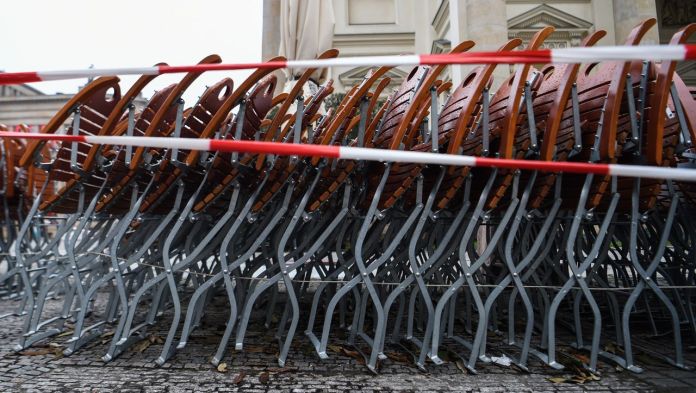 Before the meeting between Chancellor Angela Merkel and the country leaders, the first draft resolutions for the meeting are already circulating. The federal and state governments are obviously in agreement on one point: The agreed emergency brake for a seven-day incidence of over 100 must be implemented consistently. According to a new paper that SPIEGEL has received, some other points are still controversial. The draft is as of Monday at 10 a.m.
But the proposal that is likely to cause the most trouble can be found in the draft under point 5. At this point, it is suggested that, unlike last year, visits to relatives should be possible at Easter: According to this, meetings should be between April 2nd and 5th be allowed with four people beyond their own household. Children under the age of 14 are not included. In the draft it says: “The level-headed behavior of the citizens in Germany during the Christmas days has impressively shown how family get-togethers can be made safe.”
In fact, the Robert Koch Institute warned a week ago that Germany could have higher case numbers at Easter than at Christmas. Accordingly, the seven-day incidence in mid-April could be around 350 per 100,000 inhabitants. The reason is the much more contagious corona variant B.1.1.7, which is spreading exponentially in the country.

It is questionable whether the Chancellor will accept this opening proposal. Prime ministers like Bavaria’s Markus Söder or Saxony’s Michael Kretschmer are also likely to be hesitant.

Overall, politicians from the federal and state governments advise against unnecessary trips at Easter in the draft resolution. In addition, the draft advocates that travel outside of risk areas should be linked to quarantine and compulsory testing prior to return and when entering Germany.

US citizens travel across the country: Thanksgiving could boost pandemic

These cute animals were released in Berlin over Christmas!