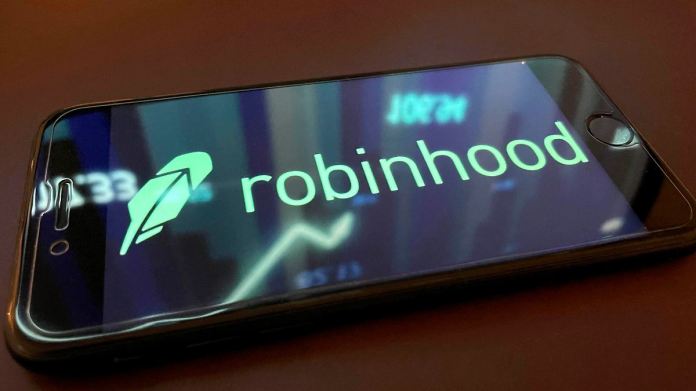 The financial app Robinhood has become synonymous with the retail investor boom in the US – and for its excesses. With the success of the cheap broker comes criticism. Now the company, whose business model investor legend Charlie Munger finds “dirty”, is going public itself.
The securities broker Robinhood Markets, which has hit the headlines as a result of the recent turmoil on the US financial market, is aiming for an IPO. The company announced that it has filed a confidential filing for initial listing with the SEC. An IPO of the financial services provider founded in Menlo Park, California in 2013 has been speculated for a long time. Robinhood has not yet given any information about the time or volume of the stock exchange premiere.

Robinhood is seen as a pioneer of a new younger generation of investors in the US financial market. The company has made it its mission to open up the stock market to people who do not have much wealth. Critics accuse the broker, however, of appearing more like a gambling provider than a serious financial service provider with its easy-to-use app, which is particularly popular with younger investors.

Robinhood operates a “dirty” business model that lures customers with no fee while the company receives money from large Wall Street corporations to broker their transactions, recently complained Charlie Munger, the deputy of US star investor Warren Buffett. Robinhood therefore encourages its users to trade as much and risky as possible. The company rejected this criticism as “disappointing and elitist”.

Overseers have brokers on their toes

However, the discount broker had recently fallen out of favor with many of its own users because it had restricted trading in some hot stocks. This caused trouble, especially with the papers of the video game retailer Gamestop, which became a pawn in a battle of strength between small investors organized on the Internet and hedge funds. Robinhood has been suspected of colluding with hedge funds, but denies it. Nevertheless, numerous customers filed lawsuits against the company. Robinhood is already in a lot of legal trouble anyway.

In the annual report, the group disclosed that it was negotiating with the US financial regulator Finra over a multi-million dollar settlement for previous violations of the rules. Other authorities such as the SEC and the New York Financial Supervisory Authority have the broker on the kieker. There are also various class action lawsuits from users in the United States. This involves, for example, customers whose accounts were allegedly hijacked in a hacker attack. Other proceedings revolve around technical breakdowns and breaches of fiduciary contractual obligations.

There is also a heated legal battle with the family of a client who committed suicide in 2020 at the age of 20 under the – false – assumption that he suffered enormous losses while trading stock options.

Dusseldorf virologist about mutation in Germany Leipzig has storm talent Kolo Muani in its sights