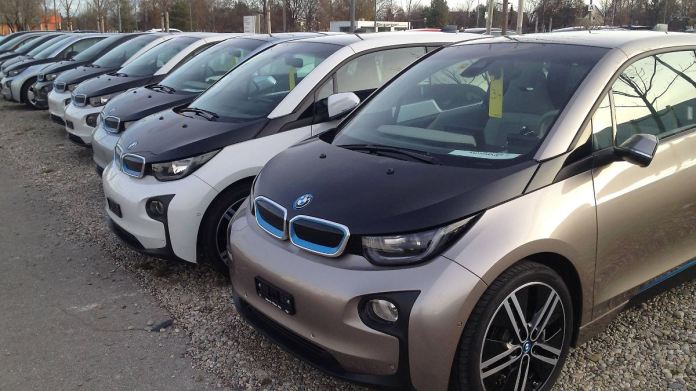 The electric car market is also gaining momentum in Germany. The massive funding for the purchase quickly has a different effect for buyers: The vehicles lose value much more quickly than comparable combustion engines. Smaller cars are particularly affected.
The boom in new electric cars, driven by high premiums, is causing the value of used electric vehicles to plummet. The residual values ​​of three-year-old electric vehicles are currently around a tenth lower than they were for comparable cars a year ago, as an evaluation by Deutsche Automobil Treuhand (DAT) shows. In addition, electric cars are currently losing value much faster than gasoline or diesel vehicles.

“The used car market for battery-electric cars is having a hard time,” says the head of DAT vehicle evaluation, Martin Weiss. “The price difference between a new and a used electric car is often too small to make it attractive for buyers to buy the used car. Every used car seller quickly runs out of arguments. ”

In February 2020, the residual value of a typical three-year-old electric car was roughly the same as that of a gasoline-powered car at a good 56 percent of the list price. But while this number has remained more or less constant for gasoline vehicles, it has now dropped to less than 51 percent for electric cars. And this is only half the story, says Weiss: “If you only look at the smaller segments, their depreciation is much more dramatic.”

While the lower prices should please prospective buyers, they are a problem for owners of electric cars if they want to sell them. The drop in prices for used vehicles could also affect the leasing rates for vehicles of this type in the medium term and make them more expensive.

Mafia in Germany – Against a false romanticization

Waste – Frankfurt am Main – More waste in Frankfurt because...

After the racism affair: Denis Hedeler becomes a medical officer in...

Ostrum AM: Fed reticence increasingly at odds with economic reality |...

Willy Brandt and the kneeling in Warsaw: Peter Brandt is still...

“Superspreader-Event”: Celebrating Britons are threatened with deportation from Australia

Rainbow Six Siege – Now you can shoot from 16