Munich’s night scene is losing a real doer. Hans-Georg Schwögler is dead. The long-time “Sykline” boss was only 65 years old.

Munich – shock news for the Munich gastronomy scene. The former owner of the “Skyline” on Leopoldstrasse died at the age of 65. That reports the Evening News. According to this, Schwögler died as a result of a brain tumor, like the son opposite the newspaper approved. He is said to have received the diagnosis two years ago, and in the past two months he is said to have lost strength. Schwögler made a name for himself in the city when he took over the “Skyline” on Leopoldstrasse in 1992.

Together with ex-Paulaner-im-Tal-Wirt Putzi Holenia, Hans-Georg-Schwögler opened the “Skyline” in 1992, which was able to look back on a notorious guest list. Stars like Snoop Dogg, Montell Jordan, DJ Bobo, Haddaway, Terence Trent d’Arby, Medina and David Bisbal were on the Munich dance floor at the time. Nevertheless, the “Skyline” never lived to see its 20th birthday *. Despite its great popularity, the club never made it into the “top tier” like P1, Pacha, Parkcafé or baby !.

Instead, Hans-Georg-Schwögler turned his back on Munich * and the nightlife, according to AZ. For this, the father of three moved to the Chiemsee, where he joined the family-run traditional tavern. The news of Schwögler’s death much too early triggers a shock. Ebru Grandis, former DJ of the “Skyline” on Facebook, mourns her former boss: “I am shocked at the news of the loss of my former boss Hans-Georg Schwögler, the owner of the Skyline Club in Munich. Back then, he gave me the chance to be the first female DJ in Munich and gain a foothold in the event industry, and I will always be grateful to him for that. (…) He definitely shaped the nightlife in Schwabing with the Skyline Club and some of you spent your youth there, got to know each other and even got married. It makes me incredibly sad and this pain runs deep (…) “* tz.de is an offer from IPPEN.MEDIA 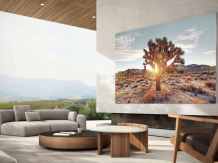 The Bachelor (RTL): details about the final revealed – everything different...