The “spring break” celebrations in Florida are escalating. There are sprawling street parties, vandalism, fights – and several deaths!

Two men (21, 24) from North Carolina were arrested in Miami Beach. As the police announced on Tuesday, they are said to have drugged a woman (24), raped the unconscious and stole her credit cards – in order to continue partying with the money.
The woman died in her hotel room. Whether through the drugs the men gave her has yet to be clarified.

▶ ︎ Two men were killed in Panama City on the Gulf of Mexico. A 31-year-old jumped with a parachute from the 23rd floor of a hotel. The parachute did not open.

A 14-year-old was also shot dead while his family was on spring break in Panama City. His stepbrother, also 14, was injured. Police arrested the suspected shooter, a 37-year-old from Kentucky. The authorities have not yet commented on the background to the bloody act.

Meanwhile, the Miami Beach authorities have extended the current state of emergency. A curfew remains in place in areas like the famous Ocean Drive party mile in South Beach until at least March 30th from 8pm to 6am. The reason is the constant rush of celebrating visitors in the middle of the corona pandemic.

Mayor Dan Gelber to CNN: “It feels like our city is a powder keg right now.”
It’s not just about party seekers not wearing masks despite Corona and disregarding the distance rules. “Some people come with bad intentions too, so there have been fights and even shootings.”

Many of them are not students, said Gelber, according to the newspaper “The Miami Herald”.

If the situation does not calm down, the emergency that was imposed last weekend could apply until the end of the “spring break”: The city council decided to extend the measures until April 13th if necessary.

Second leg of the Champions League – Chelsea vs. Atletico: When...

Football: Crystal Dunn calls for action against racism – “Should I... 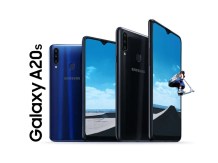