After several setbacks, another unmanned rocket from the private space company SpaceX crashed during a test.

A prototype of the new “Starship” missile apparently got out of control when it landed on Tuesday. SpaceX boss Elon Musk took it on Twitter with humor: “At least the crater is in the right place,” he wrote with a view of the targeted landing site. It appears that one of the rocket’s engines had problems. “Shortly after the landing process started, something important happened. We should know what it was when we can examine the fragments later ».

It is not the first time that SpaceX has had problems with its “Starship” tests. The landing did not work in two tests in December and February. In December, a prototype exploded on landing due to a problem with the fuel system. At the beginning of February, a prototype fell to the ground on the test site because of a technical defect, apparently unchecked, and was engulfed in a ball of fire. Shortly afterwards, “Starship” landed safely – but then also went up in flames.

According to the plans of SpaceX founder Musk, the “Starship” rocket will one day transport cargo and people to the moon and Mars. The special feature: It should be completely reusable. To achieve this, she has to perform a turning maneuver in the air and then land again in a controlled manner on the ground. The rocket should also be used where there are neither launch ramps nor ideal landing sites – for example on Mars.

Like at the birth of Christ: Christmas star visible for the...

Vaccination – information about the coronavirus

Meghan’s miscarriage: why it’s important for celebs to talk about it 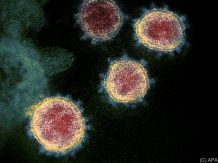