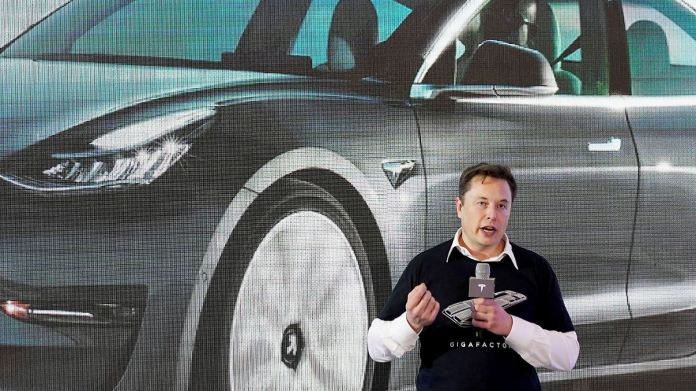 Elon Musk has been riding the Bitcoin wave for months. Now he’s getting serious: Tesla customers can now pay with digital coins. However, other cryptocurrencies must remain outside.
Tesla boss Elon Musk keeps his promise: From now on, customers can pay for the electric car with the crypto currency Bitcoin. “You can now buy a Tesla with Bitcoin,” Musk tweeted. The offer is apparently initially for Tesla customers in the USA. In the coming months, this should also be possible outside the US, Musk added in another tweet.

“Bitcoin paid to Tesla remains Bitcoin and is not converted into fiat currency,” emphasized the multi-billionaire. Means of payment such as euros, US dollars and Swiss francs are known as fiat currency. Tesla does not accept other cryptocurrencies, including the Dogecoin propagated by Musk as the “currency of the people”, according to the terms of its own website.

At the beginning of February it became known that Tesla had bought the highly volatile cryptocurrency for 1.5 billion. The news and numerous euphoric tweets by Musks about Bitcoin and the digital currency Dogecoin had caused a hype. On the same day, the currency climbed above the $ 40,000 mark, hitting a record high of $ 61,782 in mid-March. Tesla had also announced at the time that the company would accept Bitcoin as a means of payment for cars.

Bitcoin gained significantly in the morning. The cryptocurrency rose from just under 54,000 to over 56,000 US dollars.

Ex-Head of Cabinet of Malta charged with corruption – Politics –

Duchess Meghan: One month after the miscarriage: She was surrounded by...

Top in almost all areas: OnePlus 9 Pro is a new...

Gold gone in the last jump: DSV-Adler miss the title by...