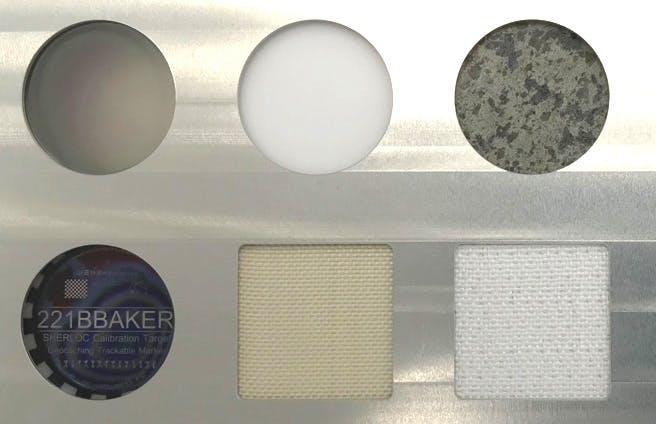 A coin in honor of Sherlock Homes and many references to our civilization, NASA has attached dozens of instruments to the research rover.

The Mars mission is not only looking for life and water, but also shows many messages on the rover to future researchers and possible extraterrestrials. In addition, the vehicle has a few unexpected goods on board.

While the Ingenuity helicopter is used to test flying on the red planet, the practical use of the eleven million names is unknown. The “Send Your Name To Mars” campaign called on people to send in their names. 10,932,295 responded to the request. NASA saved the names on three microchips. She also captured the result of another action: students wrote 155 essays to give the rover a name. The three fingernail-sized chips are emblazoned on the surface of an aluminum plate attached to a cross member of the rover.

In addition to the position of the stars involved, three microchips with eleven million earth names are attached to the plate. (Photo: Nasa / JPL)

There is a laser-engraved image on the plate showing the earth, Mars and the sun in their constellations. The sun’s rays carry another message: “Explore as one” is written there in Morse code. The Curiosity rover already had Morse messages, but on the tread of its wheels. Its name also comes from a student. Incidentally, the name Perseverance is engraved on a titanium plate on the robot arm. A black aluminum plate shows the rover family in the order of their visits to Mars: Sojourner (1997), Spirit and Opportunity (2004), Curiosity (2012) and Perseverance (2021) including the Ingenuity helicopter. All American spacecraft carry the US flag, even if international partnerships are increasingly carrying the missions. The rover laboratory “Jet Propulsion Laboratory” (JPL) in California has also been immortalized. Two plates symbolize the search for life on the red planet: One shows an etched line drawing of the Jezero crater, with a round piece missing. The other piece of the puzzle is in the JPL center in Pasadenas.

One plate shows the Rover family from NASA, which has already visited the red planet. (Graphic: Nasa / JPL)

Metal plates in memory of the Corona helpers

A black plate called Unity appears unusual. The Perseverance team designed it as a tribute to the people in the healthcare sector who risked their lives to care for Covid patients, for example. You can see a modified form of the caduceus, the medicine coat of arms with the snake. It wraps around a rod, at the end of which sits a globe. Nasa offers certificates of thanks for such workers for download, which in turn refer to this record. 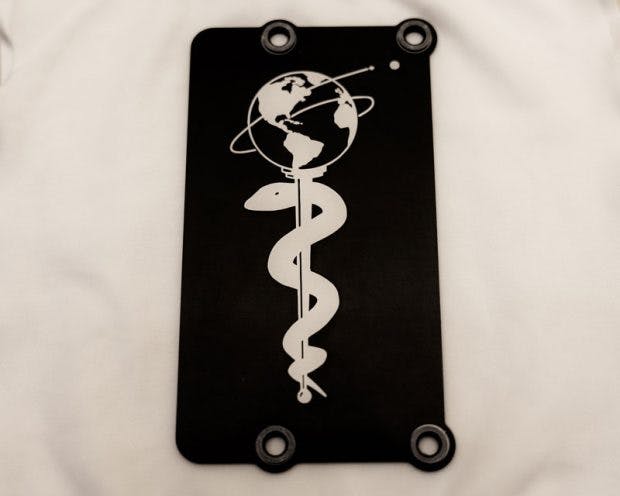 Healthcare workers during the corona pandemic are to be honored with this plate. (Photo: Nasa / JPL)

Since the “photographers” of the rover’s 23 cameras are millions of kilometers away, the devices have to be adjusted using calibration plates. The manufacturers have added additional features to these plates. Several elements are etched into the gold-plated that symbolize the development of life on earth and end with space travel. Underneath is the slogan: “Two Words, One Beginning”, which refers to further exploration of the planet. On the edge it says in micro-writing: “Are we alone? We came here to look for signs of life and to collect samples from Mars to be examined on Earth. We wish those who follow a safe journey and the joy of discovery. ”The words“ Joy of discovery ”were written by the authors in the five most widely spoken languages ​​on earth: English, Mandarin, Hindi, Spanish and Arabic. 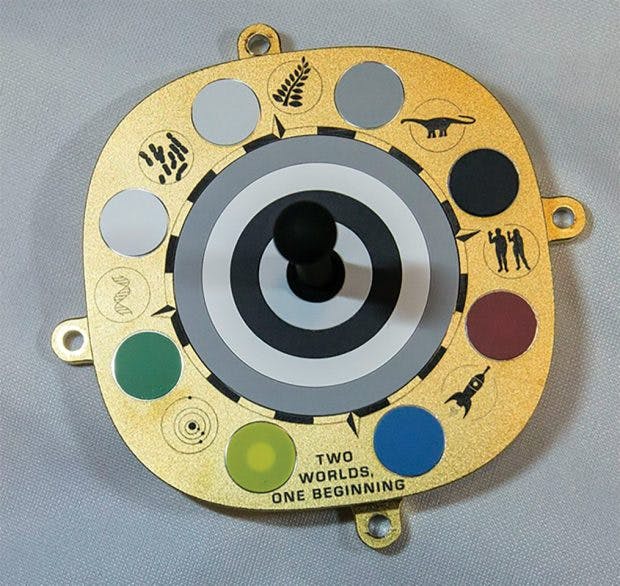 In addition to colored discs for camera calibration, this plate schematically shows the evolution on earth. (Photo: Nasa / JPL)

Sherlock and Watson on board

An analysis unit on the robot arm is called Sherloc (Scanning Habitable Environments with Raman & Luminescence for Organics & Chemicals) and has a camera unit called Watson. There is also a plate here for adjusting the laser and the camera unit, but this also has a few other functions. On the one hand, five space suit samples are stretched to test the durability of their materials. The address of the fictional detective can be seen on the polycarbonate sample – the material is used for helmet visors. In reminiscence of its creator Arthur Conan Doyle, a number of dancing figures build the bridge to his work “The Adventure of the Dancing Men”. The code they dance – and which Holmes cracks in the story – means: Catch me if you can. This engraving is also used for calibration. Nasa shows all records on a special website. 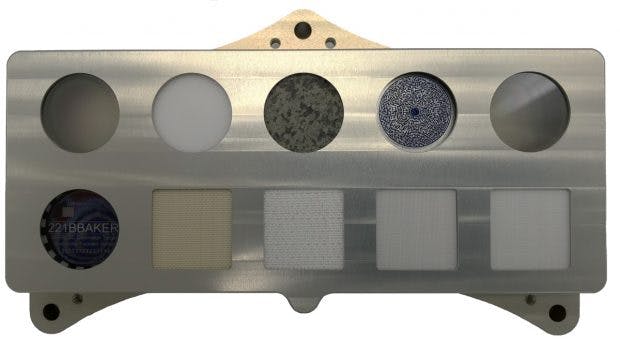 Various materials are exposed to the Martian atmosphere in order to test them. (Photo: Nasa / JPL) 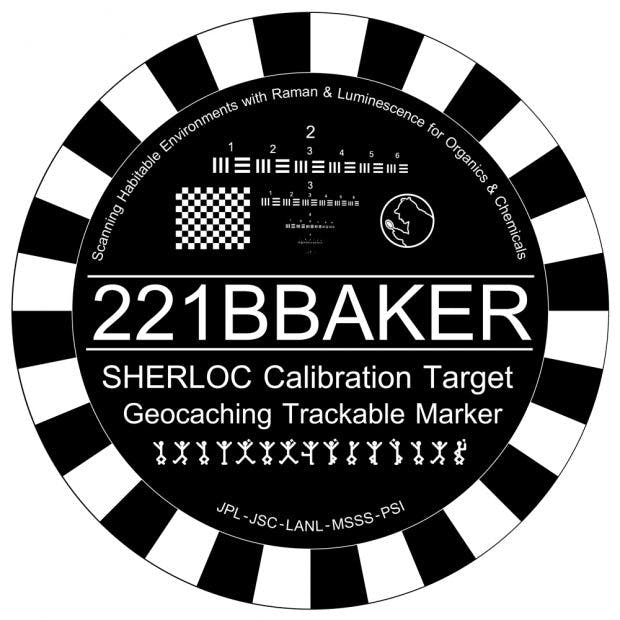 The geocaching coin bears the address of the fictional detective Sherlock Holmes and is made from the material of the helmet visors. (Photo: Nasa / JPL)

Honor for the late football god: Napoli Stadium is named after...

Corona alarm in Germany: Contagion before the game against Iceland

After a “blasphemous” statement: Roma player is banned for blasphemy

Coburg has the highest incidence value in Germany