1/13
Xherdan Shaqiri’s new house is to be built on this plot of land on Kapuzinerberg in Rheinfelden.

Wherever villas and mansions alternate, where hedges hide the pretty gardens and the luxury cars stand in the driveways, Xherdan Shaqiri will soon also make his contribution to the image in the most elegant residential area in Rheinfeld.

It’s a 1,000-square-meter parcel that the 29-year-old wants to transform into his own paradise! The Nati star plans to build a new home on Kapuzinerberg. What exactly can be found in the application with the number 2021-011, which the “Aargauer Zeitung” reported first.

Shaqiri is listed as the applicant with his English address. The Liverpool offensive player plans to demolish the existing building in order to then commission a new building. A single-family house with a separate apartment, a large garage and a mega-pool are to be built. According to the planning application, the outdoor swimming pool in the garden will have a size of five by eleven meters.

The property, which Shaqiri has owned for a long time, currently looks uninhabited. A facade marked by the weather, lowered blinds, the rusty entrance gate and the overgrown plants in the garden suggest this.

“Would be happy about Shaqiri”

Shaqiri, who grew up just ten minutes by car from Kapuzinerberg in Augst BL, now wants to change that quickly. It is unclear, however, whether Shaqiri is building for himself or whether he will leave the house to his family – or even rent it out. City clerk Roger Erding is quoted in the “AZ” as follows: “We would of course be happy if we could welcome Xherdan Shaqiri to Rheinfelden.”

Shaq had already looked after his family during his time at FC Basel: at that time he bought two apartments in Kaiseraugst AG. One for himself and the two older brothers Arianit and Erdin and next door for his parents Fatime and Isen and his younger sister Medina.

Shaqiri still has a contract with Liverpool FC until the summer of 2023. The new house should also be completed by then. But does Shaq actually move to Rheinfelden one day? In any case, the people in the neighborhood would be used to footballers as neighbors. FCB legend Scott Chipperfield (45) has also stayed here. (mpe)

Ubisoft invites players to celebrate their Ubisoft journey with a personal...

Chile is now vaccinating against Corona faster than Israel

Corona in Germany: does the hard lockdown work? Munich experts... 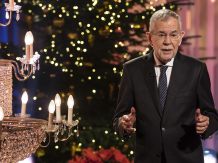 Dropbox is laying off 11 percent of its workforce across the...

Amusement park: Ferris wheel in Spreepark in Berlin is being dismantled...