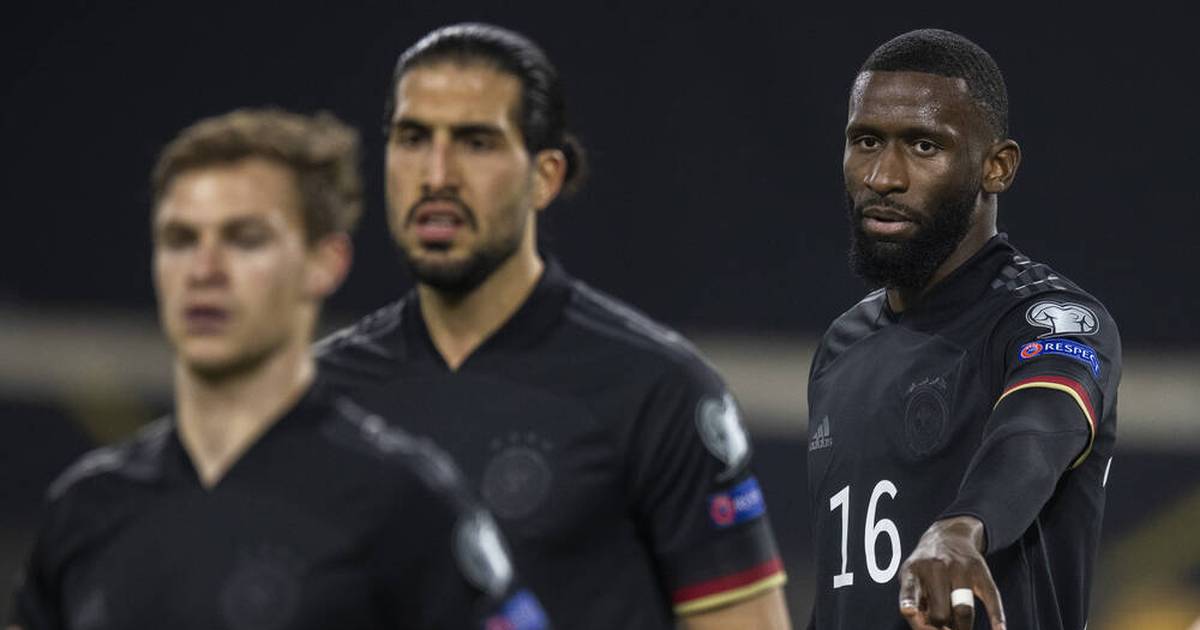 Serge Gnabry’s goal made all the difference.

In the 1-0 win against Romania, the FC Bayern winger was also a source of trouble for the German national team. On the defensive, Antonio Rüdiger was convincing as head of defense. (The game for reading in the ticker)

MANUEL NEUER: In the 98th international match, the Bayern star was hardly tested by the Romanians. He held a long shot very easily (27th) and was the usual support, even in the final phase against Puscas (87th). Will probably get a breather on Wednesday against North Macedonia and let Marc-André ter Stegen go first. SPORT1-Note: 3

EMRE CAN: The BVB star again showed a really good performance on the unfamiliar left defense. Communicated a lot, went biting into the duels and also worked well up front. His casual no-look passes and heel tricks were also something for the eye. SPORT1 grade: 2 (World Cup qualification tables)

ANTONIO RÜDIGER: Another good performance by the Chelsea star, who has his EM place in the central defender as good as certain. Appeared as a noisy head of defense in the Bucharest National Stadium (“Get out!”, “Hold the line!”, “Stay tuned”) and did well with a clever duel. In addition, with the cream pass before the 1-0 (16 th) on Havertz. SPORT1-Note: 2

MATTHIAS GINTER: Came in a little difficult at first due to some bad passes in the setup, but then improved. At the end of the day a decent appearance by the Gladbacher. SPORT1-Note: 3

LUKAS KLOSTERMANN: Was allowed – like against Iceland – to play on the right side over the full distance. The Leipziger played a bit erratic and did not leave a lasting impression. SPORT1-Note: 4

ILKAY GÜNDOGAN: Against Iceland with a top performance, the city professional slacked off significantly in Bucharest. His passes into the depths (actually extremely dangerous) were seldom made. But the 30-year-old veteran who played a top season with Manchester is to be forgiven. SPORT1-Note: 4

JOSHUA KIMMICH: He took heart in the 19th minute, but only hit the bar with his forceful shot! The mentality monster ran a lot, was an asset in midfield and repeatedly pushed his colleagues loudly. Significant: Team player Kimmich did not cheer for goal scorer Gnabry after the 1-0, but passer Rüdiger. SPORT1-Note: 3

LEON GORETZKA: Not as conspicuous as in the 3-0 win against Iceland, but still with a good performance. Play with great self-confidence and therefore a broad chest. SPORT1-Note: 3

LEROY SANÉ (bis 90.+4): The wing runabout lacked the determination against vicious Romanians. Unfortunately, it didn’t pose as much goal danger and often got twisted. SPORT1-Note: 4

SERGE GNABRY (up to 90th + 2): Most conspicuous offensive player – and not just because of his goal in the 16th minute. When things got dangerous, he was involved. With speed he went into the dribbling. Could have crowned his good performance with the second goal, but failed because of the good keeper (58th). SPORT1-Note: 2

KAI HAVERTZ (bis 77.): Good performance by the Chelsea star, who played the decisive pass before the Gnabry 1-0. My colleagues Kimmich and Goretzka kept looking for passes in depth. Could have scored in the 9th minute, but failed because of the goalkeeper. In the 77th minute out with applause! SPORT1 grade: 2 (schedule and results of the World Cup qualification)

TIMO WERNER (from 77th): The ex-Leipzig resident is in deep form and only came from the bank in Bucharest. Had a good chance in the 80th minute, but failed because of the keeper. SPORT1-Note: –

AMIN YOUNES (ab 90. + 4): The Frankfurt was allowed to enjoy the last few seconds on the pitch. SPORT1-Note: –

Record bid for a Batman comic at auction in the USA

Snow chaos in Germany: do I still have to go to...

Foreign exchange: Euro loses its tailwind above 1.20 US dollars |...

A boy enchants the network: tearful jubilation over Christmas present