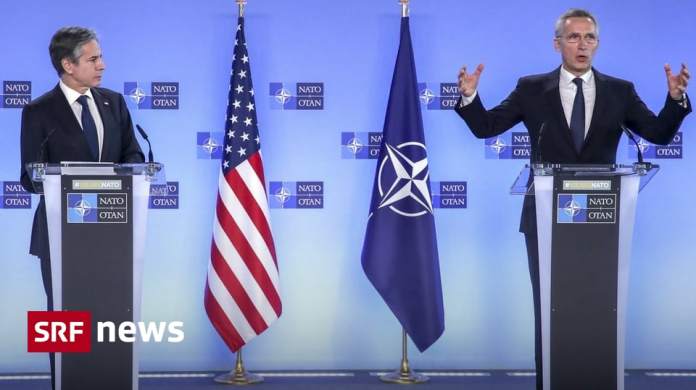 Author:
An analysis by Sebastian Ramspeck


At his first NATO meeting as US Secretary of State in Brussels, Anthony Blinken praised the work of the transatlantic defense alliance, promised his counterparts commitment and loyalty to the alliance – but also presented a long list of expectations.

For example in the matter of Nord Stream 2. The almost completed pipeline, which is soon to transport Russian natural gas to Germany, is a “bad idea”, said Blinken, the top US diplomat, quite undiplomatically. Even more: the pipeline is not even in Germany’s interest. The US would consider further sanctions on Nord Stream 2.

The US emphasizes its claim to leadership

The message is clear: With the new President Joe Biden and his administration, NATO should be what it had been for the United States for decades – a central component of foreign policy, the most important defense alliance. But also an organization in which the USA sets the tone. The US hugs its allies again, but the hug sometimes hurts too.

The doubts about the importance of NATO, which had already been quietly and then loudly sown by Donald Trump under ex-US President Barack Obama: For the time being, they are history. The US’s NATO partners – Canada and 28 European countries – should be able to rely on the alliance without any ifs or buts in the event of a conflict. You should be informed and listened to in good time on important issues, but please also recognize the USA as a leading power.

Of course, this does not mean that old conflicts disappear, and new ones are programmed. Because NATO has become confusing with its 30 members. Wherever you look, trenches open up. For NATO Secretary General Jens Stoltenberg, Russia remains the main threat – and thus the Alliance’s raison d’être. Nevertheless, Germany wants to buy more Russian natural gas with Nord Stream 2, and Turkey has ordered Russian weapons on a large scale.

NATO is looking for realignment

In general, Turkey repeatedly causes violent conflicts within NATO. Last year there was even a threat of a military conflict with the allies France and Greece. There is a lot to cement for the old, new leading power USA. Especially since Blinken today emphasized the common values ​​of the NATO states in addition to the obligation to provide assistance.

The heads of state and government want to work out a new strategy, “NATO 2030”, by the end of the year. If the US has its way, NATO should pay more attention to China in the future. The transatlantic alliance with the USA in a transpacific rivalry with China: not all NATO countries will be happy about this realignment.

70 percent of financial experts distrust their own data

Lockdown extension is only a matter of time

Giant slalom in Lenzerheide – The last winner of the season...