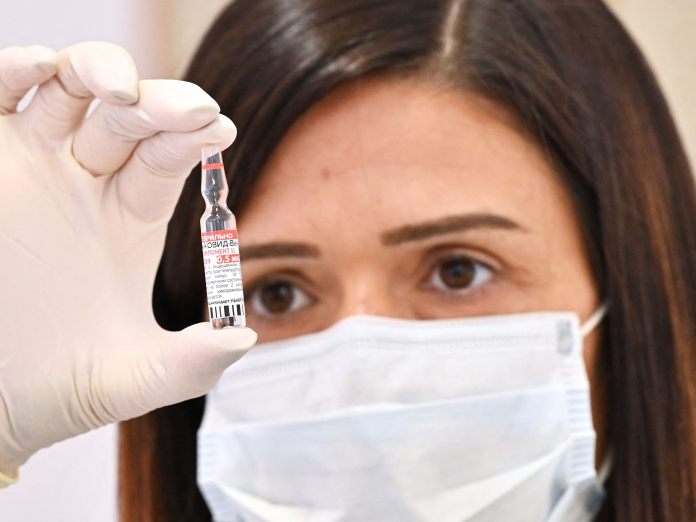 According to the Federal Chancellery, intensive contract negotiations are ongoing with Russia for the delivery of one million Sputnik vaccination doses to Austria. A purchase decision has not yet been made.

Austria is currently negotiating with Russia about the delivery of one million doses of the corona vaccine Sputnik V. Health Minister Rudolf Anschober (Greens) said on Tuesday that “currently all options” are being examined in order to obtain further access to even more tested vaccines for them as quickly as possible to enable the broad population “.” One thing is clear: every vaccine used in Austria must be effective and safe, “said Anschober.

Sputnik V is currently not yet approved in the European Union. However, the EU Medicines Agency (EMA) has started a so-called rolling procedure for approval. During a health emergency, the necessary data can be submitted and checked successively if available. The procedure can be accelerated in this way.

Negotiations about Sputnik vaccine: no decision yet

The Federal Chancellery in Vienna said on Tuesday that a confidentiality agreement with Russia on the exchange of documents had been signed with the APA. The Austrian health authorities would also have access to the documents. Negotiations are being held for the delivery of 300,000 cans in April, 500,000 cans in May and 200,000 cans in early June. A purchase decision has not yet been made.

Federal Chancellor Sebastian Kurz (ÖVP) phoned Russian President Vladimir Putin on February 26 and talked about possible deliveries of the Russian vaccine Sputnik V to Austria, according to the Federal Chancellery. The Russian Direct Investment Fund (RDIF), which is responsible for the international sales of Sputnik V, was contacted on the same day. On March 5, Kurz spoke to Kirill Dmitriev, RDIF’s CEO. Since then, there have been several video conferences and phone calls with the RDIF and the Russian Ambassador to Austria, Dmitri Lyubinski, with the involvement of the Ministry of Health and the Financial Procuratorate.

Chancellor Kurz is not averse to additional vaccination doses

Until now, Kurz had always stated that the prerequisite for delivery to Austria was EU approval of the Russian vaccine. In a statement on Tuesday, the Chancellor emphasized that there should be “no geopolitical blinkers” with the vaccine. “The only thing that matters is whether the vaccine is effective and safe, not where it comes from.” There has been a good exchange with the Russian side since February, for which he is very grateful, said Kurz. “If Austria receives an additional 1 million doses of vaccine, an earlier return to normalcy would be possible and we can save many lives and jobs.”

Criticism from FPÖ and NEOS

Meanwhile, FPÖ federal party leader Norbert Hofer was critical. Hofer said that he had already requested the purchase of the Russian vaccine at the beginning of February. The example of Sputnik V shows that the Austrian government once again failed to take the right steps. “Sputnik V is already being used in 57 countries. Austria could already be one of these countries if the health minister wasn’t called Anschober,” said the FPÖ boss.

“Without a positive approval process, Sputnik V must not be vaccinated in Austria. That would undermine the population’s trust in the vaccination and endanger vaccination progress in Austria in the long term,” demanded NEOS health spokesman Gerald Loacker. He now sees the peak of the vaccination chaos caused by the Kurz government, said Loacker: “If the government had not given up 1.5 million doses of Johnson & Johnson in the fall, the government would not have to think about such actions.”

The medical association expressed its approval. “It is very gratifying that the numerous appeals from the Austrian Medical Association to obtain additional COVID vaccine have fallen on fertile ground,” said Medical Association President Thomas Szekeres. International experience has shown that the Sputnik V vaccine is safe and effective. “Millions of doses of this vaccine have already been inoculated without any major side effects,” Szekeres said.

EU Commission does not negotiate on Sputnik

The EU Commission was cautious about the Sputnik V negotiations between Vienna and Moscow. The vaccine is not part of the portfolio negotiated by the EU Commission, said a spokeswoman in Brussels on Tuesday. The EU authority signed contracts with the pharmaceutical companies Biontech / Pfizer, AstraZeneca, Moderna and Johnson & Johnson.

“For the EU it is crucial that the vaccines are tested for their safety, quality and effectiveness,” emphasized the spokeswoman with a view to the approval process by the EMA. She also pointed out that “consequences” would have to be borne in the event of an emergency approval. Liability would no longer lie with the manufacturers, but with the Member States. The EU Commission was not negotiating on Sputnik V, it was said in the end. One is “confident” with the current vaccination strategy that the goal of having vaccinated 70 percent of adults in the EU by summer will be achieved.

The head of Italy’s right-wing Lega party, Matteo Salvini, praised Chancellor Sebastian Kurz’s (ÖVP) “protagonist role” in the vaccination campaign on Tuesday. “It is right that individual countries are moving to get their own vaccine,” said Salvini at a press conference with foreign journalists in Rome.

Salvini spoke out in favor of the approval of the Russian vaccine Sputnik V. “When it comes to public health, there must be no political or geopolitical speculation. I hope that Brussels will soon give the approval for Sputnik. The faster you push the vaccinations, the better it is,” said the Lega boss. “I hope that there are no economic or political interests behind the delays in deliveries,” added Salvini.

Chaos at the impeachment hearing: Trial against Trump is heading for...

Outlook: Geodrill publishes figures for the past quarter | 03/06/21

Astrophysicists have been puzzling over star births in nearby galaxies

Pedro Pascal and Bella Ramsey as Joel and Ellie

Vaccination: The Vienna reservation system should go online in mid-January

Trade war: PC components get more expensive in the US

Next KSC-Eigengewchs extended: Malik Batmaz will stay in the wildlife park...