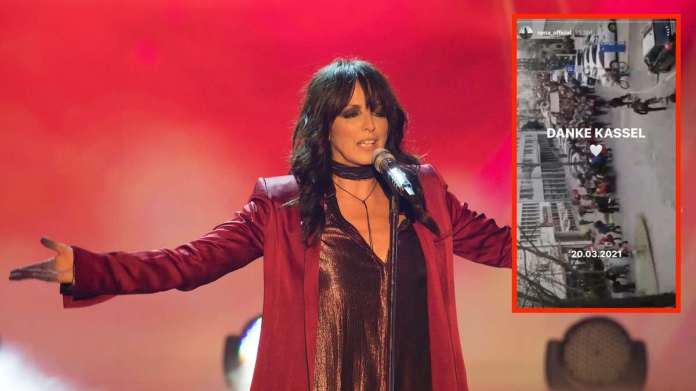 Nena makes negative headlines again. This time the singer celebrates the lateral thinking demo in Kassel and thanks Xavier Naidoo. For this she also earns ridicule from Oliver Pocher.

Update from March 29th: „You can think what you want of the government statements. But Corona cannot be so definitely narrowed down. However, Nena sees it a little differently“, Says Oliver Pocher on his Instagram channel and shows recordings from the demo in Kassel, where lateral thinkers storm a shopping center without a mask. The comedian is now known for regularly giving it to other celebrities on the platform. Together with his wife Amira Pocher, the 43-year-old has already blasphemed live about Xavier Naidoo. Now Nena is in the sights of Oliver Pocher – with her Instagram story about Kassel.

„Kassel again. First Jana from Kassel, the complete idiot who was in Hanover at the time. You know, the Anne Frank the lateral thinker demos. And now there was a polonaise with 20,000 people. For me personally, these are all total weirdos and idiots“, Pocher slanders and then rewraps one of the NDW singer’s greatest hits. “I’ll build you a brain out of sand. Somehow, somewhere, sometime“.

Nena mutates into Naidoo: Management stages the singer as a freedom fighter

Update from March 25th: “Love is made of courage …”. With this line from her legendary hit “Somehow, somewhere, sometime”, singer Nena titled a picture of a lateral thinker demo in her Instagram story. In addition, and of course that should not be missing, background music from the conspiracy pope himself: Xavier Naidoo. The case seems clear: After Attila Hildmann, Michael Wendler and the like, the popular German singer also shows solidarity with corona deniers and trivializing the pandemic.

As expected, Nena’s management tries to limit the damage. At the request of the BILD newspaper it says: “It rejects any kind of hatred and violence and in principle does not belong to any club, party or politically active association. Nena stands for freedom, humanity and love“. Both Nena and her management sweep under the carpet that the important hygiene rules, such as keeping your distance and wearing a mask, were disregarded at the demonstration and that there were repeated violent clashes and threats from press representatives.

Xavier Naidoo: Nena celebrates his song and thanks lateral thinkers

First report from March 24th: During the corona pandemic, many celebrities discovered their preference for conspiracy myths and fake news or really lived it out for the first time. In addition to ideologues such as Attila Hildmann, Michael Wendler and Xavier Naidoo, Nena (“99 balloons”) has already shown what she thinks of the “Scare tactics“Keeps to the coronavirus. Now the singer has made negative headlines again because she celebrates the lateral thinking demo in Kassel and thanks the singer from Mannheim. In addition, she uses a new song by Naidoo to add music to her video – of course, it is again about the “Corona-Dictatorship“.

„Thanks Kassel“. Singer Nena writes these two words in an Instagram story. Behind it, a short video shows a demonstration from March 20th. This is a lateral thinker demo for which about 20,000 people illegally marched through the Hessian city and celebrated a party without masks, distance and decency. The police are criticized for the fact that the officials acted harder against counter-demonstrators than against lateral thinkers.

With this letter of thanks to the lateral thinkers, Nena has cleared the last doubts that she is on the side of the lateral thinkers and thus also right-wing radicals and conspiracy ideologues. Already in November 2020, the NDW singer made headlines because she played down Corona in a text on Instagram and Facebook and from “Scare tactics” speaks. Since then, Nena has not commented publicly on the current situation. Extratipp.com also writes about Nenas Shitstorm.

Nena also added suitable music to the short clip on Instagram. It’s a new song by Xavier Naidoo and Janmusik. The text is again about the “Corona-Dictatorship“And facts are twisted and fake news is spread. In the song called “What’s wrong?” It says that Demos died. However, based on the demonstrations in Kassel, Hanover, Leipzig and Berlin over the past six months, this claim turns out to be a lie. Naidoo has already done the same with Dave Brych from Mannheim in the song “Living in Germany”.

But Nena not only uses the song as background music, but also openly thanks Xavier Naidoo for the music. In keeping with this, the singer also posts the song on her Telegram channel. Did Nena have expected that the right-wing radical magazine “Compact” would also celebrate her for her video. “While her previous posts had left room for interpretation, singer Nena now sent a clear sign of solidarity to the lateral thinking movement. The pop icon wrote “Thank you, Kassel” on an Instagram video from the big demo last Saturday – with the music of Xavier Naidoo!“, Writes the magazine’s official account on Telegram. Xavier Naidoo already used “Compact” for his opinion as “true heroes“Denotes. (ie) MANNHEIM24.de and extratipp.com are offers from IPPEN.MEDIA.

With “Heldenplatz” on television

3 games of the National League – Bern gives up red... Up to 25 years in prison: Kevin Hart’s personal shopper defrauded... 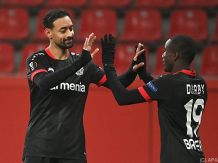