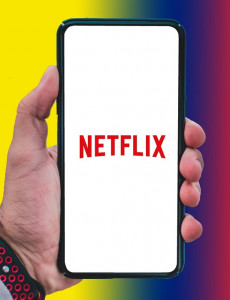 With “Fast Laughs”, users should scroll through short excerpts from existing programs

Los Gatos (pte024 / 03/04/2021 / 11: 00) – The US streaming giant Netflix http://netflix.com will soon be launching “Fast Laughs”, a TikTok-like feature that smartphone users can choose from short comedy clips can scroll. The videos come from various Netflix programs, including live appearances by comedians like Jerry Seinfeld or excerpts from cartoons like “Big Mouth”.

With the new feature, Netflix wants to get users to watch more programs. “Fast Laughs lets users add series, films and stand-up specials to their list or watch them immediately. You can also share the clips individually with your friends on WhatsApp, Instagram, Snapchat and Twitter,” says the streaming provider.

Similar to TikTok, Fast Laughs users scroll vertically through a list of clips. In principle, the videos should not be original content, but only short excerpts from existing programs. As a result, Netflix wants to make users more aware of individual offers in its massive catalog.

TikTok is often a role model

Fast Laughs is currently only available for free on iOS in selected countries for Netflix customers. Soon, however, all users should be able to use the new feature. An Android version is also planned. For Internet platforms, TikTok is currently often the role model for new applications. Last year, for example, Snapchat copied the rival’s scroll function (press release reported: http://pte.com/news/20200714030).

Lockdown: These counties are already above the 200

Corona policy under Trump: “We want them to be infected”

Disagreement over control in shops and restaurants

“Had three strokes and one heart attack”