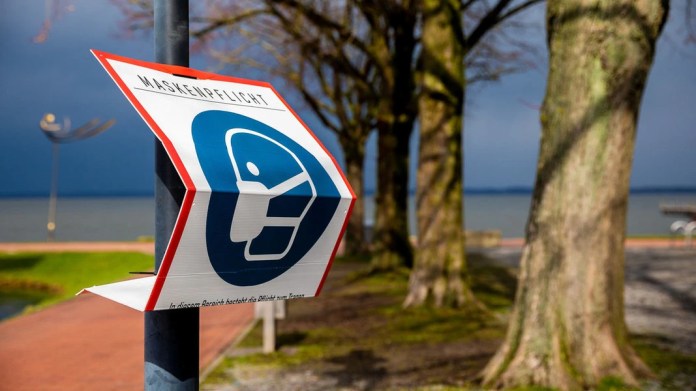 According to the new regulation, no groups may form over the Easter holidays – not even if distances are observed. Apart from that, the state government appeals to citizens to stay at home over the Easter holidays and to avoid places where many people come together. Police and regulatory agencies would intensify controls around tourist destinations, the announcement said.

A so-called collection ban applies over Easter. There is a risk of curfews in several municipalities. (03/28/21) more

“Shut down public life as much as possible”

“We now have to do everything we can very quickly and consistently to break or at least flatten the third wave,” said Lower Saxony’s Prime Minister Stephan Weil (SPD). “But we will not be able to lower the seven-day incidence with laws and regulations alone,” said Weil. “We depend on the willingness of the citizens to shut down public life in Lower Saxony as much as possible in the next ten to fourteen days.”

Curfew possible from an incidence value of 100

On Sunday, ten districts in Lower Saxony were above the critical seven-day value of 150. From this value, curfews should be imposed “if the infection process in the area in question cannot or can no longer be adequately assigned to a specific spatially delimitable area,” such as it’s called. But even below this, from an incidence of 100, the nocturnal curfew can be imposed. However, this does not have to apply to an entire district, but can also be limited to individual communities or districts. If the incidence is over 100, the districts should in any case tighten the corona rules and, for example, expand the mask requirement.

One household – one more person

The following also applies: If the incidence is over 100, a household may have a maximum of one other person. The contact rule for areas below a value of 100, however, has changed: Here a household can now meet with two people from one household. The previous rule that a maximum of five people from two households may meet was overturned by the Lower Saxony Higher Administrative Court. So-called appointment shopping is not allowed in high-incidence municipalities. Daycare centers work in emergency care.

Gastronomy and hotels will remain closed even after the tightened regulation. The Lower Saxony economy is asked to enable home office and to ensure that medical masks are worn when in attendance.

Because of the increasing number of cases, counties with high incidence values ​​should pull the emergency brake. The overview. more

From April 6, model projects are to be run in around 25 municipalities in Lower Saxony, in which it is to be tested whether, with the help of consistent testing and digital contact tracking, the opening of further areas of retail, culture and sport can be responsible.

Incidence value over 100 in half of the country

According to the Ministry of Health, the seven-day incidence nationwide on Sunday was 118. In more than half of the districts and cities in Lower Saxony, the 100 mark was exceeded. Weil announced that more tests would be available after Easter and more vaccine would be delivered.

According to Prime Minister Weil, public life must now be shut down as far as possible. more

The country reports 1,442 new infections and three more deaths within a day. more

Politicians are calling, among other things, for curfews and foregoing planned easing. More corona news in the live ticker. more

What is the situation like at the beginning of the year?

“The defense is the basis”

To be too good to be true? Telekom is giving...