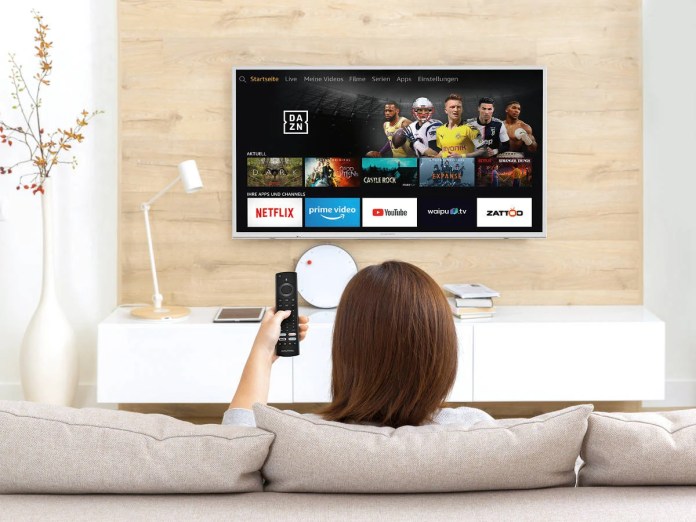 You have access to the Prime Video offer either with an individual subscription or as an Amazon Prime customer. The advantages of Amazon Prime include free premium shipping for online shopping and the music offering from Amazon Prime Music, which can be used at no additional cost, as well as the film and series flat rate Amazon Prime Video. There you will find films, series and documentaries among other things. And in April 2021, some exciting new starts are on the program again.

There will be no brand new series in April 2021 on Amazon Prime Video. At least not in the classic sense. But if you’d like to smile a bit, we recommend you take a look at “LOL: Last One Laughing”. Whoever laughs last, laughs the longest in this show: In the six-part Amazon Original Comedy Show, ten German comedy greats – including Anke Engelke, Kurt Krömer, Mirko Nontschew and Teddy Teclebrhan – face the challenge of not laughing for six hours. Everyone is encouraged to make each other laugh with a lot of creativity and physical effort. All of this takes place under the watchful eyes and camera lenses of host Michael Bully Herbig, who observes every facial derailment of the comedy stars from his control room.

Shouldn’t it be a classic series? Then you could „Invincible“ to give a chance. It’s the first season of the Amazon Original and starts March 26th and tells the story of Mark, a 17-year-old teenager. He’s actually like any other young man his age – apart from the fact that his father is the most powerful superhero in the world, Omni-Man. As Mark begins to develop powers himself, he discovers that his father’s legacy may not be quite as heroic as it seems.

Would you like a little more ambition? Then the first season of “Temperance” be right for you. Based on the bestselling novel by María Dueñas, the romantic drama takes place in the late 19th century. The Amazon Original Series follows the story of Soledad Montalvo and Mauro Larrea, a successful woman and a successful man, whose fates meet in a fascinating place at an exciting time. It’s a story about overcoming adversity and finding your own place in the world, about building an empire and how you can lose everything in just one day – but also about adventures in exotic countries and second chances.

The following table tells you which series restarts you can look forward to in April 2021. It also gives you an outlook on other newly announced projects at Prime Video for which there is no specific start date:

Should it be a film rather than a series? Then you can look forward to two in-house productions from Amazon on Prime Video in April 2021. In „Voyagers“ From April 30th, the future of the human race is at stake. A group of young men and women trained for intelligence and obedience go on an expedition to colonize a distant planet. But when they uncover troubling secrets about the mission, they defy their training and explore its primitive nature. While life on the ship sinks into chaos, fear, lust and the insatiable hunger for power are her constant companions.

Details on further film restarts on Prime Video – including in April 2021, among other things „The Legend of Tarzan“, „Blutzbrüdaz“ and the documentary film “Black Eagle”can be found in the following table:

An overview of all currently available film titles can be viewed on the Amazon Prime Video homepage or via the associated apps.

What does Amazon Prime Video cost?

A Prime subscription from Amazon is required to use Amazon Prime Video. New customers have the option of using Amazon Prime free of charge for 30 days. Thereafter, 7.99 euros per month are due for the service. Alternatively, there is also the option of opting for an annual subscription. This currently costs 69 euros in Germany and Austria, or 5.75 euros per month. Students have the opportunity to use Amazon Prime Student for one year free of charge and then receive a 50 percent discount on Prime membership. You can use Amazon with an annual subscription for 34 euros.

Various extras are available free of charge for Prime customers. These include the following services:

Unlimited streaming of thousands of films and series episodes including download function for offline use.

Over 2 million songs and the Bundesliga live – without advertising. It is important to note that many brand new songs are initially not available via Prime Music. A Music Unlimited subscription is required for this.

A limited e-book flat rate is also part of the subscription. Hundreds of e-books, e-magazines, comics, and Kindle singles are available to Prime customers at no extra charge. Ideal for the next vacation or for a longer train or plane trip. But here, too, the following applies: The selection of e-books is limited.

Millions of items are sent faster for Prime members than for Standard customers. In addition, a free same-day delivery service is available in 20 metropolitan regions – ordered today, a few hours later the parcel service with the desired goods is on the doorstep.

Up to 20 percent discount on diapers and baby food as part of a savings subscription as well as exclusive discounts and promotions.

By the way: If you are interested in new series on Netflix or the latest series on Sky, we have the right overviews for you. We’ll also keep you up to date on the reboots at Disney + on a monthly basis.

Oliver Pocher: Jenke gets that much money for his extreme experiment

So now you have to update your internet browser – multimedia